Interview with Ted Selke (The Seventh Ring Of Saturn) 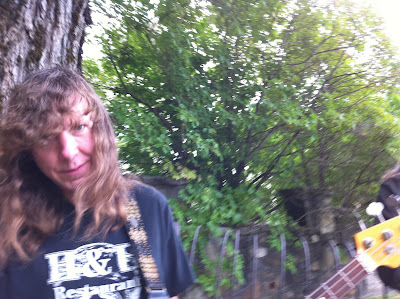 One of the best albums I've been listening to this year is Ormythology by The Seventh Ring Of Saturn. The band have recently followed this up with an excellent double A-sided 7" single which sees the band return to their bubblegum rock/pop sound with cover versions of The Grateful Dead's Mountains Of The Moon and The Hollies' All The World Is Love. TSROS head honcho Ted Selke has very kindly agreed to share his thoughts on all things musical - discovering Middle Eastern music, favourite childhood 45s, studio techniques and more!

The Lancashire Hustlers – What Made Him Run 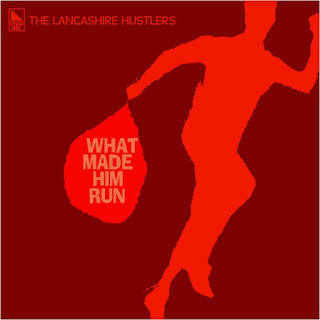 The Lancashire Hustlers are a pair of northern émigrés, now resident in London. They've recently released What Made Him Run, the second in their proposed trilogy of 'pop operas'. Over the course of the album's richly arranged ten tracks we're told the story of one man's life. It's a tale of the corrupting effect of ambition, ruthlessness,and towards the end, the sad nature of regret. Almost like a mash-up of The Beatles' She's Leaving Home with The Wolf Of Wall Street. The album's protagonist is obviously in some sort of mid-life crisis, his tale told via some well-crafted, grown-up literary pop.

Taken as a whole it's a rewarding experience, but each individual track stands up well. Not least in part to the pairs' innate understanding of each others singing and playing. The are echoes of other great collaborative duos throughout, most obviously Difford and Tilbrook, Tim and Neil Finn and Lennon and McCartney. It also reminded me of the kind of song suite Ray Davies might have made during the 1970s as the soundtrack for a made for TV special. Factor in some some Everly Brothers' harmonies and some pre-fame Bowie folk-rock and you have a winning sound right there. But it's the meticulously crafted songs and cinematic sweep of story that impress the most.

Email ThisBlogThis!Share to TwitterShare to FacebookShare to Pinterest
Labels: Steep Hill Records, The Lancashire Hustlers, What Made Him Run

The Magic City Trio - A Funnel Cloud In Albuquerque EP 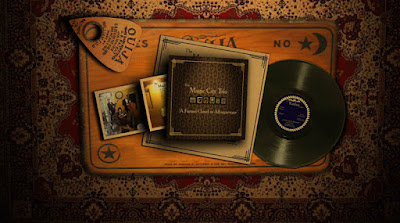 Southern Gothic tradition found alive and well in. Currently residing in the deep south of Blighty!


Despite the band's fascination with nascent Americana, The Magic City Trio actually hail from the deep south of good ol' Blighty, deep in the heart of London. Not for them is grime music or the kitchen-sink observational brit-pop one usually associates with the nation's capital . Instead they make music that owes more to the American deep south - supersticious settler music, pre-war old-timey ballads, God-fearing folk songs, Mariachi and early country music are the basic tenets of their sound. Throw in a bit of Spaghetti Western vibe, some Duane Eddy twang and you have a pretty tasty recipe!

The band have travelled and gigged extensively and have just released their debut EP, A Funnel Cloud In Albuquerque, which features the title track along with another original track (A Prayer For Hope And Happy Times), and a traditional Baptist Hymn (The Lone Pilgrim). The deluxe CD version also features alternate takes of the two original songs.

Fans of The Louvin Brothers, The Carter Family, Johnny Cash, The Band, and early Americana in general will surely find much to like in their time and space hopping music. Look at for the band this year as they make a transatlantic tour of open mic nights. Even better get in touch and book them for a show or house gig.

The Magic City Trio are - 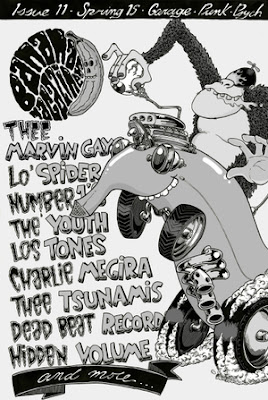 Latest issue of garage, punk & psych zine, available from all good stores & distros is out now!


Always a pleasure to get hold of the latest Bananas Magazine and this issue doesn't disappoint. Alongside the sharp, insighful reviews there's the usual bumper-fest of features and interviews with the scene's latest movers and shakers. Bands such as Thee Marvin Gays, Thee Tsunamis and The Youth all share their thoughts with us humble readers, as do labels such as Dead Beat Records, State, and Hidden Volume.

If that's not enough there's volume 2 of their Bananas Peel Sessions, their accompanying online compilations. I've shared the Bandcamp link below but be sure to head over to the mag's website to check out the equally awesome volume 1, subscribe to the mag or track down those elusive back issues. For bonus fun play count the number of stripy breton tops in the mag's photos. No prizes though, this one's for fun only!