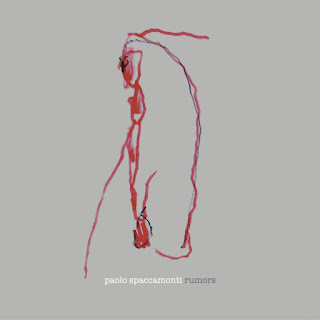 A David Axelrod for the alt-rock and electronic generation!

Not a remake of the Fleetwood Mac bestselling LP as some might hope, this is an entirely different beast made up of arty instrumentals. In much the same way that Daxid Axelrod mixed rhythm and blues with third stream music to create something contemplative and with a deeper resonance, Paolo Spaccamonti mixes alt-rock, looped chord sequences and soundscapes that at first listen seem beguiling but over time reveal a transporting power all of their own.

His technique of repetition and layering is at times in danger of being bogged down by its own seriousness but he does do it rather well. Deeper listening shows there to be a myriad of influences and styles at play; post-punk industrial guitars, a nod to OMD's Dazzle Ships, a touch of sludge-rock on the album's heavier moments, and even some Robert Kirby style pastoral strings on the closing track 'Fango'. Spaccamonti already has some impressive collaborations to his name both live and in the studio. This solo outing will cement his already growing reputation. 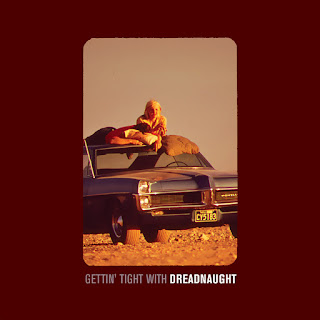 It's something of a mystery that Dreadnaught are not more widely known. It's nineteen years since they formed (yep nineteen!) and as their latest EP Gettin' Tight With shows, descending into blandness or stasis is not an option for these chaps. The five-song EP opens with the dense prog calling card of 'Nervous Little Dogs', all intricate virtuoso playing which for all its complicated twists and turns manages to hold together and er.. rock!

The prog tag is somewhat misleading as over the course of the EP there's traces of country rock, skewed funk, jazz fusion and Steely Dan-style sophistication and smoothness to be heard. It's this freedom in their approach which appeals most, along with their sense of humour. You get the feeling they take the music seriously but not themselves. Fans of old school prog bands such as ELP, King Crimson, Genesis and the like will wet their pants over this stuff. As will open-minded fans of good music in general. Get on board!

The Orphan Brigade: Soundtrack To A Ghost Story 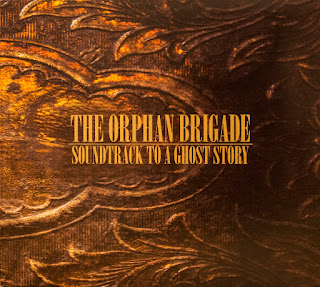 The American Civil War was a brutal, harsh affair which set brother against brother. It still resonates and haunts modern America as illustrated by the recent controversy over the Confederate flag and its continued use in the Southern states. It still fascinates but is rarely used as subject matter in contemporary roots music. The Orphan Brigade: Soundtrack To A Ghost Story is a suite of songs featured in a documentary about Octagon Hall – a Civil War-era plantation house, reputed to be haunted. Soldiers of the First Kentucky Brigade were stationed nearby, and it's their writings and journals that that have inspired the songs featured in the film and on the accompanying soundtrack album. The musical collective also took their name from the unit's nickname.

The story of the American South is complicated, but the music here will teach you as much as any history book. A project such as this could easily have come across as dry, stilted and worthy but such is the skill of the musicians and writers involved this is not the case. Each song focusses on the personal, human stories that take you into the heart of the subject in a deep and powerful way. The music is mighty fine too, a hugely enjoyable example of Americana, which also displays some European and Celtic roots. It may also contain the finest (and sadly prescient) new Christmas song you'll hear this year, 'We Were Marching On Christmas Day'. Whether you believe in ghosts matters little, but it's difficult to deny how actions and events echo down the years.


THE ORPHAN BRIGADE - Soundtrack To A Ghost Story // THE FILM from Neighborhoods Apart Productions on Vimeo.
at 10:24 No comments: Links to this post