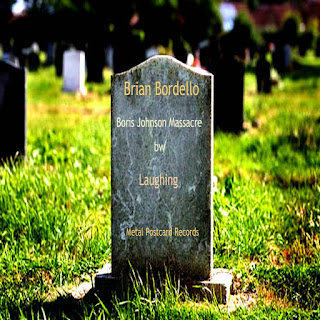 Lockdowns are tough eh! Well maybe for you, but I've used the opportunity to visit Durham and Barnard Castle. Roads were quiet as fuck! Who woulda thought?!

Anyhow while there's no gigs to or record shops to go to, it's great to find that many of my favourite music makers are still being creative and kicking against the pricks. Brian Bordello (he's in a group called The Bordellos don't you know!) is one top fella – a maverick music maker of the highest order, independently-minded, speaker of truth, gently subversive, and quite often laugh-out-loud funny. He got in touch with me over the weekend to draw attention to a couple of new songs. Highly current and topical. Quickly recorded and with almost immediate release thanks to Australian label Metal Postcard Records. 'Boris Johnson Massacre' will resonate with anyone who's found our government's response to the Covid-1 crisis sadly lacking. Boot-lickers and flag-shaggers might disapprove but they can fuckin' do one!

Here are some words from Brian about the tracks...

“I only recorded it on Tuesday and Metal Postcard Records were kind enough to release it straight away so I had no time for the pre-release nonsense. It continues with my solo adventures in the art of no-fi with this gentle attack on the ineptitude of our current Prime Minister, recorded on one track of my old tape four-track and in such a way it will only come out of one speaker, to capture the magic of me listening to pop music in my youth on a tiny transistor radio, a song where Jake Thackray, Daniel Johnson and Ray Davies influence takes hold . I hope you enjoy it.” 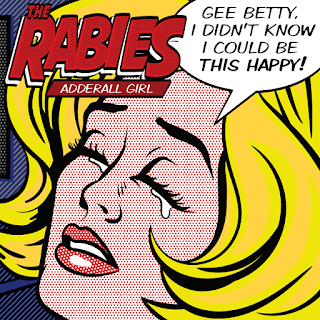 I try not to focus on any particular musical genre on this blog, though regular readers, (if indeed there are any!), will know that pysch, garage, baroque-pop, acid-folk and soul are perennially pleasing for me. But Harmonic Distortion is really a place where anything goes. It's been a mindset that has broadened my horizons immensely. Be it Nordic jazz, Italian doom metal or experimental electronica, I try and cover it all.

When I'm in need of an emotional lift there's one type of music that never fails to lift the spirits. It's a genre I've not written about much on here but then proportional representation is not really my thing. I'm talking about powerpop. Highly melodic songs, played in a forthright manner by a traditional four-piece band set up. Big on harmonies, guitar hooks, propulsive bass and drums. It's music that puts a smile on my face and a spring in my step. Recent powerpop artists whose work I've enjoyed include Nick Piunti and ANC.

The heyday for powerpop was in the late '70s into the early '80s, often blurring the boundaries with punk and new-wave. A time when short sharp songs, were back in fashion along with skinny ties. The economy of '60s Brit-invasion sounds had started to sound fresh and inspirational again after the bloated excess of mid-'70s rock. I don't claim to be an expert on first-wave powerpop, far from it, so it's always a pleasure to be pointed towards fine examples. I was recently contacted through my Twitter page by George Faulkner, owner of Bolt Records and member of a New York-based band called The Rabies, who were active in the early '80s. The four original members have recently reconvened to record a new single which I highly recommend. 'Adderall Girl' b/w 'You're The Glue' is available as a traditional 7” vinyl single or as a stream/download. It hits the spot. 'Adderall Girl' is a pure distillation of boy-meets-girl rock 'n' roll goodness. Its equally enjoyable B-side 'You're the Glue' clocks in at under two minutes but does what it has to do. A smash and grab lesson in melodic sensibility. Here's a little background on the band from George himself...

Not the Canadian pop Rabies, Czech hardcore Rabies, nor Chinese speed metal Rabies;  this is the Reagan-era New Yorkers, 38 years after their last single. They get called punk but were more new wave in '81 & '82.

The Rabies released two 7” records in 1982 – (My Girl’s a) Hologram b/w Criminal, and a four-song EP called Labor Day – and between 1981 and 1983 they played anywhere they could in the Northeast from CBGBs to the college circuit (and everywhere in-between). It was a great run, but met a predictable demise. By '83 everything in music had changed and The Rabies followed a different path. But, in 2020 they decided to get back together and record a third single.

The four original Rabies - Torin, Kevin, George, and John - recorded this new single in Brooklyn with Producer Bryce Goggin (Pavement, Ramones, Lemonheads, Sebadoh). In talking about this new project, Rabies guitarist and songwriter Torin Alter said it best: “We made a left turn after Hologram and followed that wrong turn for 38 years. Until now.”


For more info: boltrecordsinfo at gmail.com