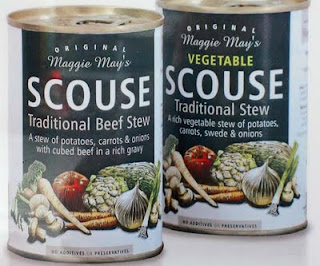 Seems to me that everyone from Liverpool loves Beefheart, Pink Floyd and Arthur Lee's Love. The city also has an amazing legacy of mind-altering pop. In recognition of this I thought I'd put together this playlist. It's not meant to be definitive, is highly personal, and may well be added to. Feel free to add suggestions in the comments. Check it out la!

Email ThisBlogThis!Share to TwitterShare to FacebookShare to Pinterest
Labels: Echo And The Bunnymen, Michael Head And The Strands, Shack, Teardrop Explodes, The 23rd Turnoff, The Coral, The Cubical, The Las, The Liverpool Scene, The Pale Fountains, The Stairs, The Stands

There's something so enduringly naive about this movie that keeps pulling me back to it. Every couple of years I just have to dig it out and watch it again, usually on my own as it gets the thumbs down from everyone I've ever tried to show it to. Maybe I've bigged it up too much and it can only lead to their disappointment.

Anyhow what's not to like about a movie from the short lived "Acid Western" genre?! It's got all the usual western hallmarks - guns, saloons, loose moralled women etc.,  along with Fender guitars and tail end of the sixties acid blues rock. 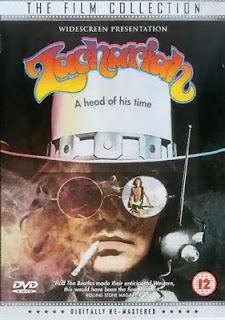 The film is loosely based on Herman Hesse's novel Siddhartha and is basically a moralistic buddie movie starring starring John Rubenstein as Zachariah and Don Johnson (yes that one!) as his sidekick Matthew. The addition of rock music from The James Gang and Country Joe And The Fish is what really sets this film apart though. Yes it is cheesy in places, thin on plot, and very much of it's time, but hey that's what I like about it.

It's billed on the cover as the film The Beatles would have made if they'd got around to filming their much mooted western (it's not, though don't let that put you off).

A few years ago a friend was staying over at our house on the settee. He wanted to watch a movie late in to the night before going to sleep and asked what videos or DVD's I might have that he could watch. "On the Waterfront, or Dylan's Dont Look Back on VHS" I said, "or this thing called Zachariah I've got on DVD." He took a look at the cover and said "I'll pass on the Zachariah". I still think he missed out.

One of the best things about this film is the appearence of jazz drummer Elvin Jones, drummer of choice for no less than John Coltrane. Here he is in full flow..

I want to talk a little about this record. I picked this up for 50p in a charity shop in Muswell Hill, (one of my better chazza shop buys as Record Collector values it at £12). It's a short record, mainly instrumentals featuring the magical acoustic meanderings of the Pentangle boys, the odd vocal here and there. Probably recorded in an afternoon session with a basic set-up - a couple of mics, teabags, a kettle and some rolling baccy. 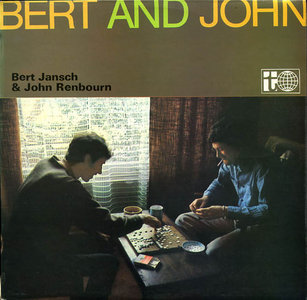 One thing I really love about it though is the cover. They're sat by a window with the murky brown curtains half drawn, playing the ancient Chinese game of Go. If you're not familiar with this game it's very simple to learn, but richly strategic. I think it's actually considered a martial art in Korea with Dan style gradings of ability. There's tea on the side, and fags about to be sparked up. For some resason I always think they're nursing a hangover, it's probably the half drawn curtain. And that they're having a wake-up game of Go before getting round to quickly recording the LP, so that they can get out on the lash again for that hair of the dog pint and whisky chaser. That probably speaks volumes about my lifestyle at the time of acquiring this LP. I'd moved to to London a couple of years previously and shared a room (actually even a mattress) with my elder brother for a year or so of sowing wild oats, getting outrageously drunk, smoking plenty of cigs and generally partying too hard. eventually common sense and/or exhaustion intervened and we both calmed down and became more or less respectable (and healthier).

Somehow though, everytime I look at this sleeve I see myself and our kid, at a time in our lives when everything was new and fun, tomorrow was not to be thought or cared about. It was perhaps the only time I've ever truly been a ramblin man. (In truth I was no doubt a complete prat but let's stick with the romantic version).

Over to Bert and John...

Well I finally got round to starting a blog. Where to start? Well I'm gonna indulge myself. Eric Matthews LP "It's Heavy In Here" from 1995 has been one of my favourite album of all time. I bought it on vinyl (yeah baby!) when it first came out. The hole was slightly off centre so listening to it could be a little disorientating. But the songs were all pure gold. It was on Sub Pop, though not grunge and stood apart from everything else at the time. (Think superstar DJ's, industry boybands, too cool for school trip-hop, and chirpy throwaway britpop). It somehow had "weight". Emotional and yet detached. It was indeed Heavy In There! I don't know how well it sold and I always thought liking it was somehow membership of some minority club, but Radio One DJ Mark Radcliffe dug it too from what I recall. He always seemed to be playing the single "Fanfare" on his late night show. Not too long after buying the LP I thought the songs deserved to be heard without the distracting wow and flutter so I bought the CD. 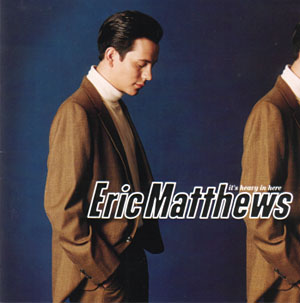