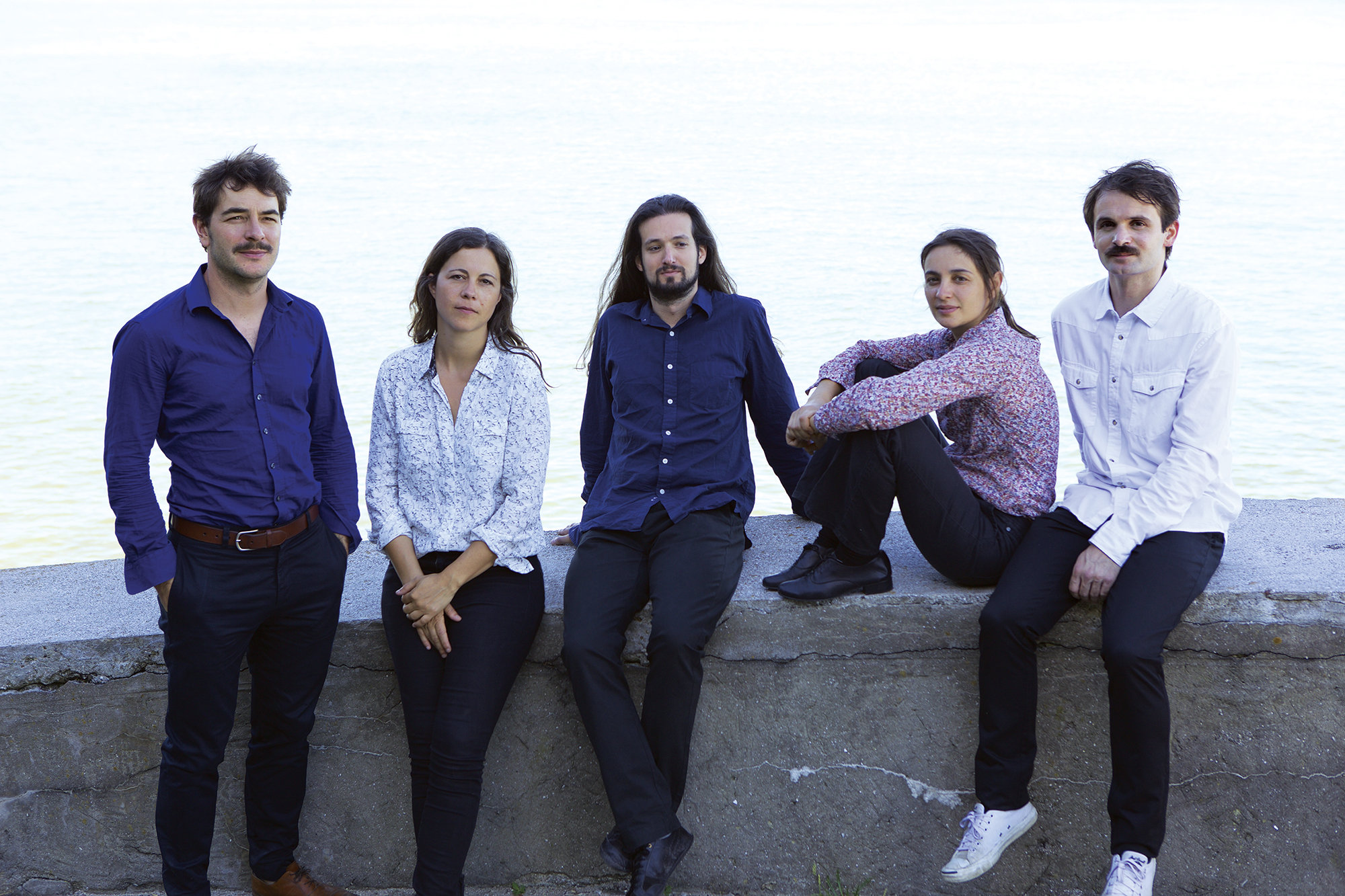 The Paperweight Array - Transmisssions From A Distant Star EP

One of the more enticing releases to have come to my attention recently, this time via the magic portal that is Twitter, is the debut release by Northampton/London-based trio called The Paperweight Array. Their three-track EP 'Transmissions From A Distant Star' brims with melodic invention, accomplished harmonies and side-stepping chord sequences that conjures up an impressive list of possible influences. Pink Floyd, The Beach Boys, ELP, Jellyfish are just a few names that spring to mind.

Like all good bands though they're more than just a photocopied version of their favourite bands with a sound that both pushes boundaries but not at the expense of accessibility As is said in music industry parlance they're definitely "ones to watch". Intriguing to see what they'll come up with next. Check out the EP via the player above.

Email ThisBlogThis!Share to TwitterShare to FacebookShare to Pinterest
Labels: neo-psych, Northampton, psychedelia, The Paperweight Array, Transmissions From A Distant Star 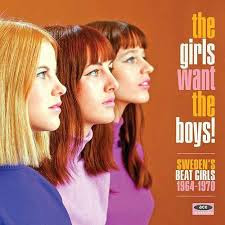 Sweden in the 1960s had yet to prove itself as an international pop force yet this compilation shows it had a wealth of home-grown talent waiting in the wings to help its exportation of pop rival that of Volvo. The collection kicks off with a track apiece from pre-ABBA Agnetha and Anni-Frid before expanding into lesser known femme-pop territory. It's a stylistic smorgasbord ranging from funky soul grooves, breezy MOR, sassy girl group sounds to street-smart contemporary pop.

Sweden's pop industry clearly took its cues from Britain and the US as shown by a heavy reliance on covers: 'Summertime', 'Love Grows (Where My Rosemary Goes)', 'Gimme Little Sign', 'Music To Watch Girls (Boys?) By' and more are all given a Swedish language makeover. While some tracks may have had a whiff of cash-in at the time they sound remarkably fresh and spirited now. Proof the Swedes had much to offer before ABBA mania.

Federale - All The Colours Of The Dark 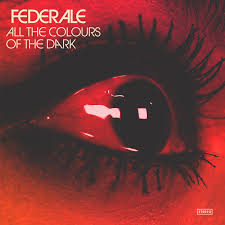 In the wrong hands a spoof spaghetti western soundtrack could be an ill-advised dish. Not a problem here, Federale's third LP is cooked to al dente perfection. Its musical cues are taken straight from the master, Ennio Morricone: haunting whistled melodies, twangy guitars, high strings and mariachi brass all present and correct. Though they're not the only band to attempt this sound, with the likes of Spindrift ploughing a similar furrow, what really sets them apart is the vocal narrative: sinister tales of vengeance and violence delivered in a pleasingly deep baritone. Think Nick Cave and Scott Walker singing a song-cycle set on the Andalusian plains.

For an album that wears its influences so proudly on its sleeve, (literally with artwork that pays homage to Scott 3), it's a true gem, packed with all the darkness and drama you can handle. Widescreen, cinematic Americana doesn't get much better than this.

Email ThisBlogThis!Share to TwitterShare to FacebookShare to Pinterest
Labels: All The Colours Of The Dark, Death Waltz Records, Federale, Spaghetti Western 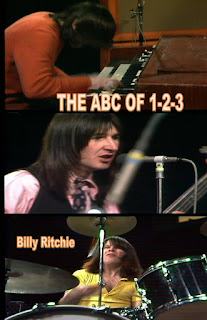 (This book review first appeared in issue #62 of Shindig! magazine.)

The reputation of 1-2-3 has been steadily growing since the first magazine articles appeared in the mid-'90s championing the Scottish trio. “The greatest band you never heard of” claim carries weight when you stack up the musicians who've cited the band as a major force or influence. Pete Townshend, Paul McCartney and David Bowie were all big fans. Marquee manager John Gee would go on to say they were the best band he saw in all his years at the club.

Billy Ritchie's place in popular music history is assured by being the man who introduced David Bowie to Jimi Hendrix but his true legacy is his musicianship. As a self taught child keyboard prodigy and through a succession of bands Ritchie made the journey from post-war Forth, Scotland, to the hip hangouts of swinging London and stadium tours of the States before walking away from music altogether.

Ritchie convincingly makes the case for 1-2-3 having been pioneers and architects of what would later become keyboard-led progressive rock, openly naming and shaming those who took influence from him and went on to reap vast rewards. (I won't spoil it for you here by repeating the names!)
Unflinchingly honest about the musical decline and industry machinations that failed to keep the band in the public eye, Ritchie is equally adept at analysing band chemistry, breaking down that elusive alchemy all collaborative musicians yearn for. A fascinating read and one which will have you re-thinking everything you know about the history of progressive rock. 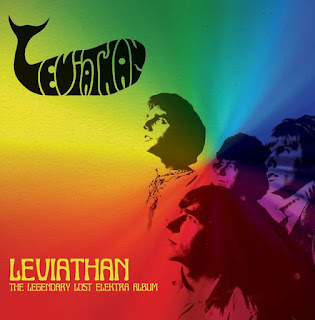 First time on CD for this legendary lost album, and bolstered with the addition of three 7” tracks. The band formerly known as Mike Stuart Span were only the third UK band to sign to ultra-hip Elektra Records. After changing their name at label boss Jac Holzman's request in order to be promoted as a new band, their 1969 recordings for what should have been their debut album were rejected as not strong enough. In truth they probably lost something in transatlantic translation as they chime nicely with the heavy-psych and hard rock scene happening in the UK at the time.

With phased drums, incredible lead guitar work and occasional Beatle-isms Leviathan sound not unlike a pre-glam Slade, or a more melodic, less blues-based Zep. Quintessentially heavy, right down to the band's whale-shaped logo. A nice follow up and companion piece to Grapefruit's recent I'm A Freak Baby box set. 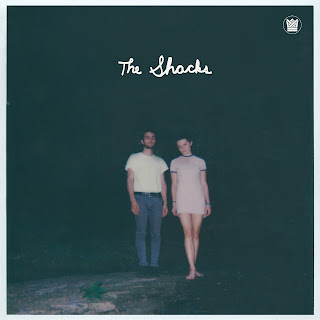 It takes confidence to open an early release with a cover but here it's fitting; The Shacks' take on Ray Davies' 'This Strange Effect' enchants and unnerves in equal measure, setting the tone for the rest of the EP. They display a musicality and restraint that belies their youth, with their own compositions as satisfying as their choice of covers.

With closely mic-ed vocals set to barely more than a whisper and lo-fi bedroom indie backing, comparisons with Mazzy Star, Jane Birkin and the Velvet Underground's third LP are not unfounded.
This young New York boy-girl duo have created the sonic equivalent of Coraline, eerie yet familiar and certain to draw you in. Also notable is the rocksteady backing provided by The Frightnrs (Daptone Records) on 'Hands In Your Pockets'. With seven tracks on the vinyl (nine on the CD), this is a generous appetiser for their debut LP due early next year. 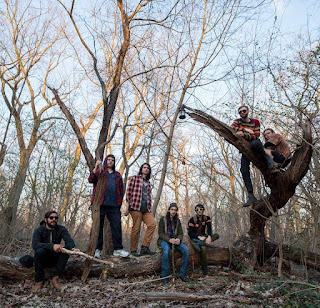 (This feature originally appeared in issue #63 of Shindig! magazine. For the full unpublished interview click over the jump at the bottom of the post.)


Philadelphian collective make wintry psych-folk with a nod to the occult and nature mysticism. Duncan Fletcher feels the icy chill.

“A musician I admire told me that influence could be split into two categories: ghost and substance. Substance could be the conscious decision, as in, the songs were written largely with a folk palette, and we had some shared influences in mind. But ghost is harder to trace. It's the conscious or unconscious influence of a much broader palette. Ghost is about aesthetic or feeling, not discrete sounds... I'd argue we're driven more by ghost than by substance.”

So says bassist Jacob Brunner talking about the range of musical backgrounds that shape Shadow Band's modernised take on '70s acid-folk. Hear it for yourself on their new single 'Eagle Unseen' which, according to vocalist and songwriter Mike Bruno, was inspired by “the current dark age we live in, the toxic political climate and perpetual warring... the thankless will to do just and good in a bad world as one's only hope for personal salvation, and nature's gathering response to our abuse unto her.”

The video for the single's other track 'Moonshine' was filmed in the band's residence and creative hub, a townhouse called Castle Corbenic. It's the ultimate hippy hangout crammed with books, LPs and exotic musical instruments. Keyboardist Morgan Morel expands - “Corbenic is located in an as of yet unnamed neighbourhood in South Philly. There's a vibrant mix of people from around the world, with an energy that borders on chaotic. It's comforting to think that within the walls of Corbenic we've created a microcosm of our surroundings.”

Tellingly the house also contains a raft of vintage guitar amps. Not surprising for a band who cite Black Sabbath as a major influence. Jacob explains - “I'd say we're plugged in more often than not. We've played punishingly loud and feather-soft in the same show. It's hard to say where the folk ends and the rock begins!”

'Eagle Unseen' b/w 'Moonshine' is out now on Mexican Summer. A full-length LP Wilderness of Love is also now available.

Click over the jump for the full interview.
Read more »
at 17:10 No comments: