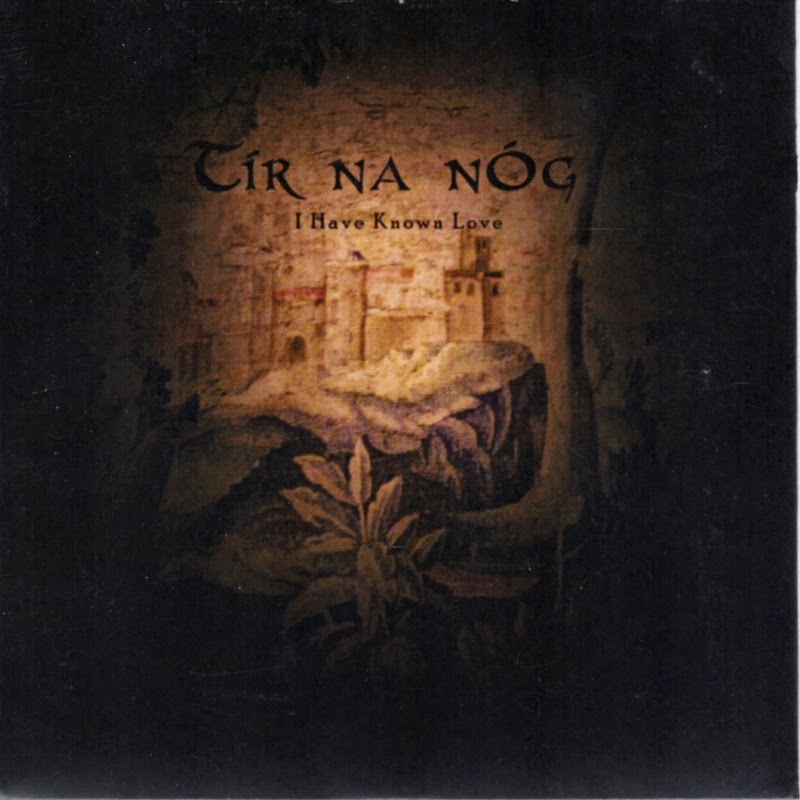 It would seem that Tir na nOg have been around forever. Actually that's not true, although they inked their first record contract in 1970, which in musical terms is as good as, the pair split in 1974 after their first run of albums before tentatively reuniting in 1985. Fortunately they can still cut it, as evidenced by this 4 track EP on Fruits De Mer Records. The lead track is a beguilingly beautiful cover of Silver Apples' “I Have Known Love”, a surprising choice perhaps but one that makes perfect sense on hearing, its melody reclaimed from the obscuring noise, Americana brought back home to Ireland. With lyrics of sailing boats which fit well with this concept of Atlantic criss-crossing.

Their pair's own songwriting is as strong as ever, with the three original songs exuding a timeless loveliness. “You In Yellow”, written and sung by Sonny Condell, pays homage to warm days and their effects on nature and our emotions, with Leonard Cohen-esque melody enhanced by gypsy violin and finger-picked acoustic guitar. “The Angelus”, again by Condell tackles the bigger issues of religion and afterlife. “I Pick Up Birds” is written and sung by Leo O'Kelly and has a freshness that would shame a lot of contemporary indie bands and relates a true story that happened to the author at a funeral. An impressive mini-collection of songs showing that acid-folk has a present and a future as well as a past. 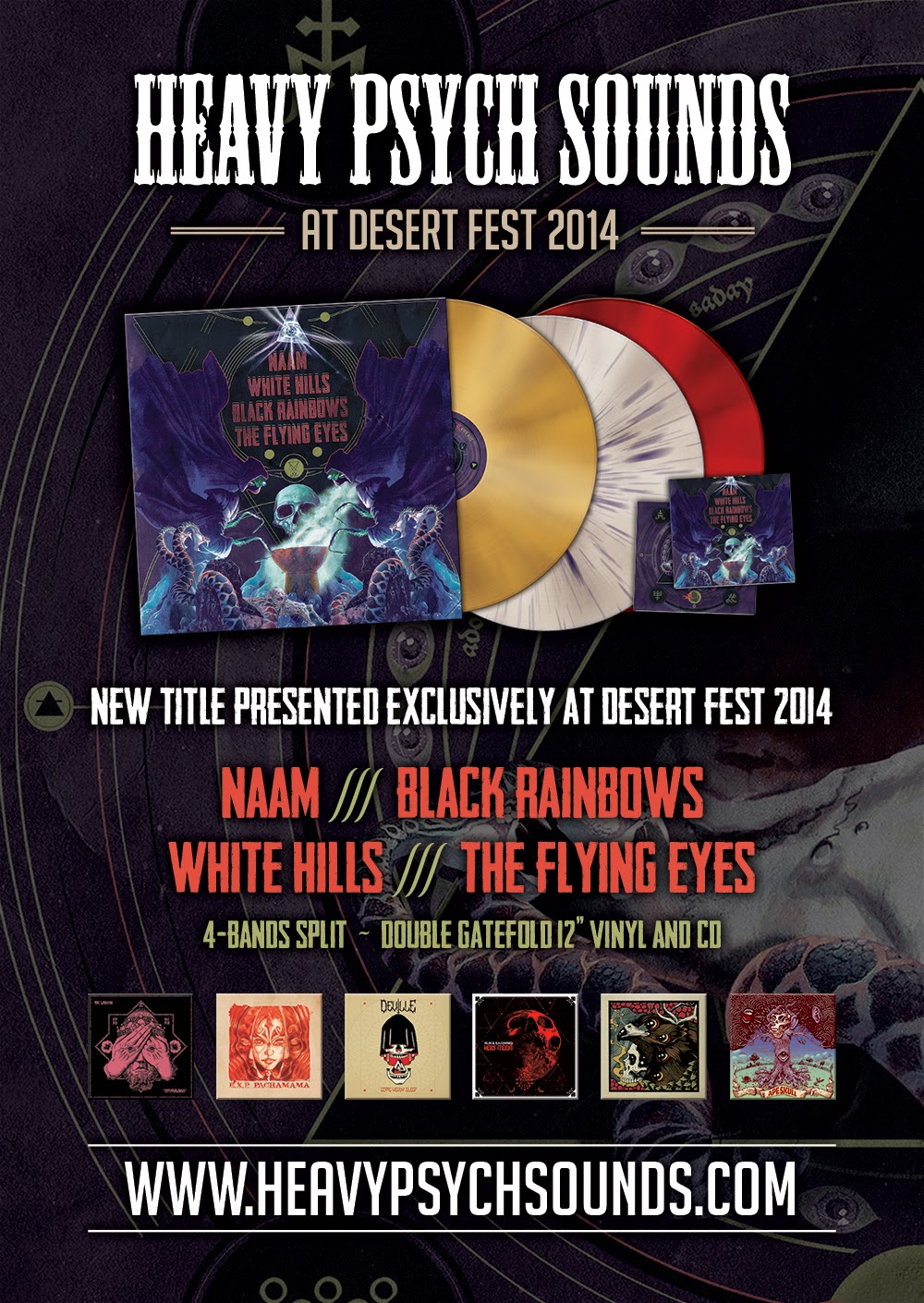 Four bands for the price of one showcasing the best of Italy's Heavy Psych Sounds label.

Split releases are an interesting affair. The hope is that the each band's music will sit comfortably on such a format and compliment that of the other bands. When they work everyone's a winner – the musicians, label and especially us humble music consumers. For the music fan they're often a gateway or inroad into new sonic adventures. You buy the thing because it features one band and end up liking and investigating the other bands.

This four way split featuring acts on the Heavy Psych Sounds record label is a good example. Four bands – (Naam, White Hills, Black Rainbows and The Flying Eyes), each having 2 songs to let us know what they're about. Or just the one in White Hills' case. Although already familiar with the work of Black Rainbows (click here for a review of their Holy Moon album), the other acts are new to me so we'll look at them first.

Naam open the proceedings with “Skyscraper (Ambient Remix)”. The bracketed part of the title will give you a clue to what this track is about. It feels like the calm before the storm, as if we're being broken in gently. It's not until their following track that we get a truer sense of what they're about. “Thickening Web” is infused with a dread and foreboding that the title suggests. Hypnotically repetitive, circling and building. More Krautrock than stoner-rock which comes as a surprise given the stylistic reputation of the label.

White Hills' sole track “They've Got Blood... Like You've Got Blood” is an eleven minute epic opening with with random oscillations, mariachi trumpet and angry voices before drums begin to swell the track into something grander. Again there's more drone than rock, hinting at a new direction or offshoot for the label perhaps. It's not until the eight and a half minute mark before the track takes an unexpected turn into Kraftwerk-influenced electronica. Expect the unexpected as the saying goes.

Next up are Black Rainbows with some altogether familiar hard-driving stoner-rock on “Viper Rock”. Guitar fuzzy, hoary rock god vocals. It's safe but good ground. It's not until the band's second offering that they show us what they're really capable of. “Minor Monster Galaxy Message” is a slower, more nuanced affair with some lovely delicate electric piano midway through.

It's left to The Flying Eyes to round off the album. Their first track “Golden Grey” has a stately grandeur about it, with guitars holding long high notes over the Eddie Vedder-esque vocals. They follow this up with “Evil Little Leslie”, (a nod the rotating speaker cabinet used on the vocal no doubt), which makes use of Hubert Sumlin's Spoonful riff. All in all this is a surprisingly varied and rewarding compilation. Keep your mind open and you'll end up liking at least one of the bands here more than you thought you would. 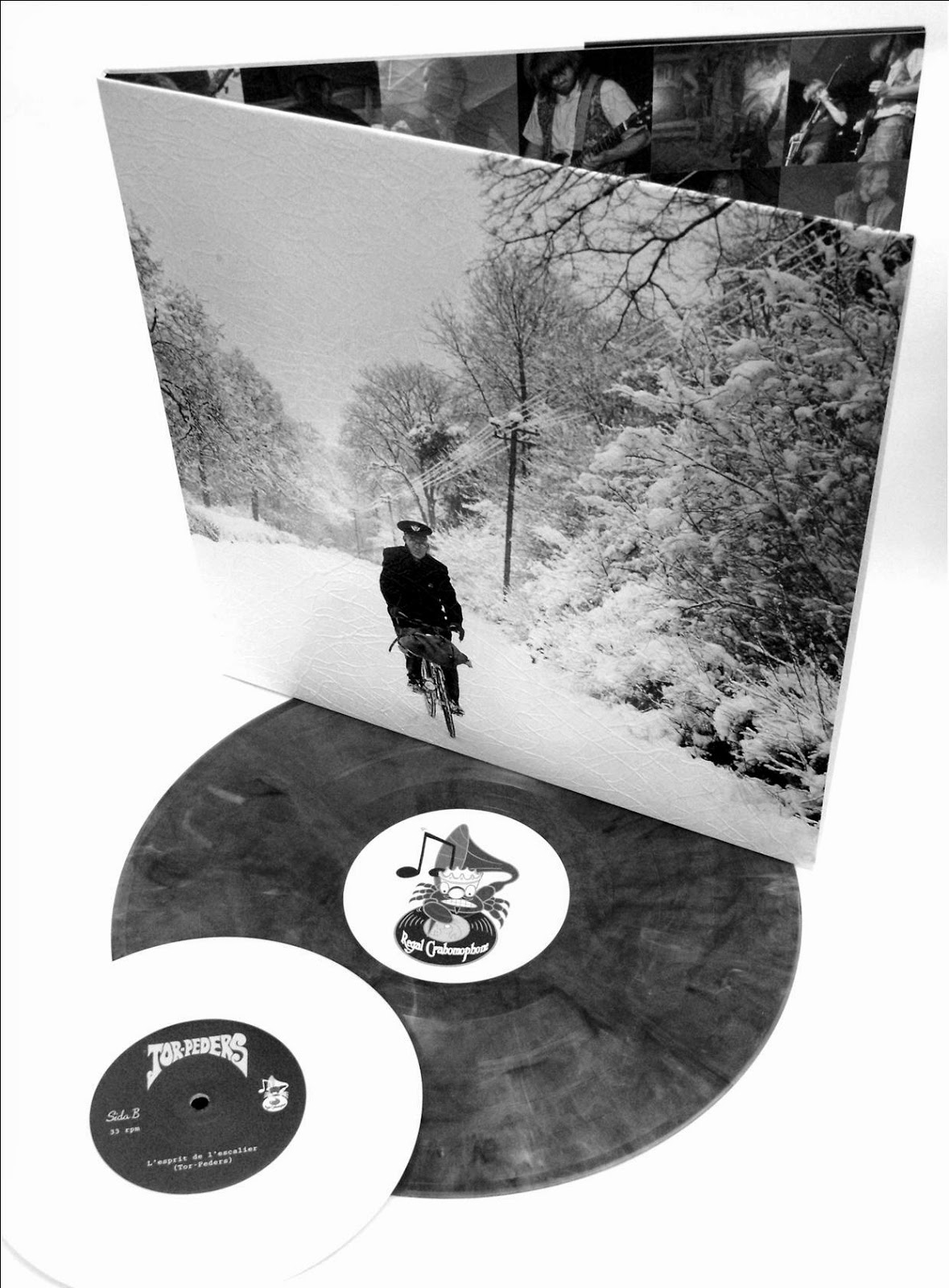 Tors-Peders only released one single during the active years of the band, though played several gigs in their native Sweden. Though this album had been recorded, the tragic death of guitarist Jonas in a car accident marked the end of the band. Their recordings were in danger of laying idle were it not for the good taste and tenacity of Keith at Fruits De Mer Records.

So quite a back story, but what of the music? Imagine a music that has the adventurousness of prog-rock, the dynamics and propulsion of surf-rock along with the meditation-inducing qualities of space-rock. Anyone with an ear for late '60s/early '70s music will dig this instrumental LP. If you dig that heavy, heavy bone-shaking Hammond vibe you'll love this. And if you ever wondered what Deep Purple would sound like with Ritchie Blackmore replaced by Dick Dale, look no further.

The attention to detail packaging is worthy of a mention too – textured gatefold sleeve, embossed by the same machine used for the Jeff Beck LP no less! With early pressings on clear vinyl. Although it's sold out via the FDM website already, if you're lucky you may be able to track a copy down through a specialist dealer or shop. Happy hunting!