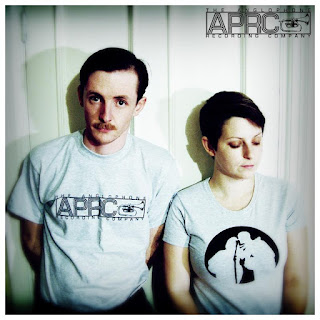 Favourites of us here at HD, Trevor Moss & Hannah-Lou are kindly giving away a free 2-track download single. 'For A Minute There' is taken from the pair's last album La Ferme De Fontenaille, and comes with  exclusive B-side 'Redemption Movement'. Check out the video at the bottom of this post.

Along with this they're also giving you the chance to win one of 5 copies of their latest album away (on very limited cassette + download). For full details of how to enter head over to their website.

To read my interview with TM & H-L click here.

Email ThisBlogThis!Share to TwitterShare to FacebookShare to Pinterest
Labels: For A Minute There, La Ferme De Fontenaille, Trevor Moss And Hannah Lou 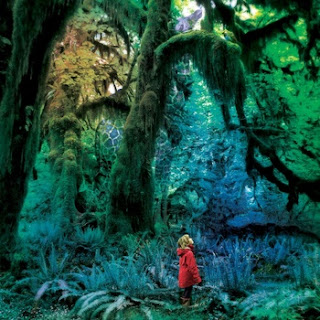 Get on your (white) bicycle and ride! Introspective psychedelia at its finest!

Anyone who's ever searched for original psychedelic-era vinyl on Ebay will know that to acquire such artefacts you need a bank loan or a lottery win. There's a good reason for this - a lot of the records were bloody great, and continue to fascinate and garner new generations of fans to this day. A lot cheaper, yet no less psychedelic or impressive, is this debut album from Dutch psych-wonderkid Jacco Gardner.

Gardner's previous two singles, 'Clear The Air' and 'Where Will You Go' (both included here) raised eyebrows and expectations last year, and this hotly anticipated long-player does not disappoint. Gardner plays all the instruments on the album, except drums which are expertly played by Jos van Tol. With baroque arrangements of harpsichord, flutes, analogue keyboards and strings, the effect is authentically reverential to the music of the late '60s, yet somehow feels right for now, like a great lost record who's time has finally come.

Click over the jump for more on Cabinet Of Curiosities.
Read more »
at 15:31 No comments: Links to this post 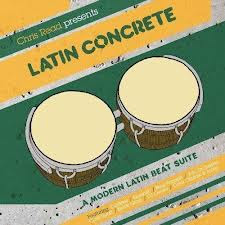 Wanna carnival? Then check out this overview and primer of modernist Latin music.

Every few years, Latin music makes gatecrashes mainstream music's party for a brief but enlivening spell. Be it Fania Records, Santana, or most recently Beuna Vista Social Club. When it happens we're reminded that we actually quite like these sophisticated rhythms and their join-the-carnival comeliness. Of course, beneath the radar this music has never really been away, and continues to progress quite nicely. Its creators and followers hip to the fact like they're members of some exclusive underground club. Judging by this collection compiled and mixed by DJ/musicologist Chris Read, the modern Latin-inspired scene is in robust health, and not confined to the countries of Latin-America.

It's a well sequenced and mixed journey through bossa nova, samba, and MPB, though it's the spirit of Cuban salsa that comes over most strongly. Traditional rhythms and instrumentation are given a modern flavour with the addition of sampling, turntable scratching and gentle electronic beats. Bongos, whistles, double bass and flamenco guitar proving compatible with the western tinges of funk, soul, disco, fusion and house. Latin Concrete works as both a great introduction for anyone wanting to investigate modern Latin-inspired music, and as a welcome addition for any aficionado's collection. 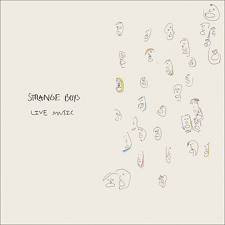 Not a live album! (The “Live” in the title rhymes with give, and not five.) 3rd album from Texas' rocking boho poets.

The latest offering from 6-piece ragged rockers The Strange Boys is not the most immediate of records. On first listen it comes across as an Anglo-leaning, Libertines inspired collection of OK but not entirely unique loose rock 'n' roll and down at heel balladry. But like the best albums, several listens in and it's subtleties are slowly revealed. And it turns out there's plenty to like here, not least the playful lyrics where puns, wordplay and great one-liners abound. Musically it's gloriously unhinged and louche, sounding like the best of The Holy Modal Rounders played by an all-star band featuring Ian McLagan on keys, Bob Dylan (restricted to harmonica) and a Pete Doherty soundalike on vocals, all recorded in a smoky room strewn with cigarette butts and empty whisky bottles.

Containing a generous fourteen songs, the album kicks off with the distinctive piano and guitar into of “Me And You”, closely followed by “Walking Two By Two”, a ringer for an outtake from Nashville Skyline. “Punk's Pajamas” is The Housemartins if they'd been into substance abuse rather than faux-Christianity, whereas “Omnia Boa” is a simmering pot of bluesy rock 'n' roll. Slightly sleazy and scuffed up, but as Rod would say, they wear it well.
at 12:24 No comments: Links to this post

Various - The Best Of Perception And Today Records 
Perception Records was set up in the late '60s by its president Terry Phillips and Boo Frazier. Initially more focused on jazz, the pair also branched out into the potentially more lucrative soul and funk markets with the launch of Today Records. A business venture that ran until both label's demise in 1974. The fact that their time in the music industry turned out to be short lived in no way diminishes the quality of the music they released. Thanks to London based reissue label, BBE Records, who have lovingly compiled a best of both labels, we can all now savour these delights without having to take out mortgages for original vinyl copies.

Though the late '60s was a fertile period for soul and jazz, starting a label must have been a daunting possibility given the towering giants of Motown, Stax, Blue Note, Impulse and Verve, not to mention the nascent Philly sound, quietly awaiting its moment 100 miles away in Philadelphia. Manhattan was of course a completely different place to what it is now, a fact reflected in the music contained on this superb collection. This is music made before mayor Giuliani's clampdown on crime, before disco, before hip-hop's ascent and domination, and before a New York-led, global obsession with bling and status. Its a collection that evokes that era well and provides an insight as to what great taste Phillips and Frazier had, along with showcasing a fantastically varied wealth of talent.

Click over the jump for more on The Best Of Perception And Today Records.
Read more »
at 12:20 No comments: Links to this post 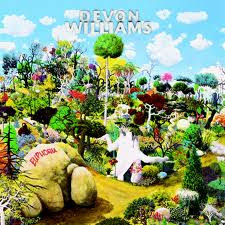 Despite being based in the sunshine state of California, the music on Devon Williams' 2nd album Euphoria has more in common with music made by 80's UK indie bands in rain soaked grey northern cities. Partly due to a fondness for guitar chorus pedal and vocal delay, but also because of his emotional outlook. Like a lot of those bands he's not afraid of showing his tender side. There's an openness that permeates all 12 tracks, vulnerable, unguarded and shot through with a nicely balanced blend of romanticism and melancholy.

This evocation of pre-Live Aid 80's guitar pop is coupled with some sounds more in keeping with Williams home state; Brian Wilson, baroque pop and Byrds style jangle also flavour the mix. Despite recording the album at several different studios, the outcome is anything but bitty, there's a coherent feel to the album and despite the variety of textures it manages to maintain its continuity of sound.

“Revelations” opens the album in an optimistically upbeat and poppy fashion, followed by the guitar-driven “Your Sympathy”, latterly awash with strings, a paean to a love that's lost its lustre.

Click over the jump for more on Euphoria.
Read more »
at 12:12 No comments: Links to this post

One from the heart. The ever busy former Hefner frontman releases an album of tender piano ballads.

In late 2009 Darren Hayman ended up in hospital with a fractured skull. In the following months of enforced recuperation he wrote a series of songs that ended up being his latest album The Ship's Piano. With constant dizziness and some deafness in one ear, anything loud or jarring was out. The resulting music Hayman describes as “round and smooth, like well worn pebbles”. It's an apt description. There's a gentleness and tasteful restraint at play, his playing style's not flashy or virtuoso, more “Lennon doing his simple chords” kinda stuff. Added to this are unobtrusive drums, the occasional trumpet solo and a bit of accordian. Save for four tracks it was all recorded at Hayman's home, giving the album an intimate and warm field-recording feel.

Perhaps also due to the therapeutic nature of the album's genesis, the lyrics are mostly first-person, simple yet still keenly observed as one would expect. Take A Breather is a middle-aged reflective love song of sorts, referencing lost gloves, rusty bicycle chains and leaves turning to mildew. Though still personal Oh Josephine benefits from Hayman's wry touch and ability to convey a scene with the smallest of details.

Click over the jump for more on The Ship's Piano.