Lara Smiles - All For You 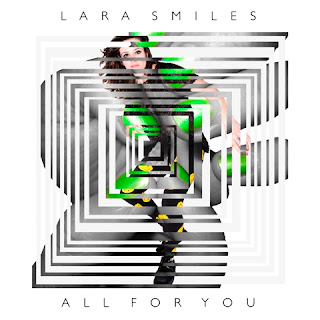 Lara Smiles is that rare artist that recognises the importance of accessibility while simultaneously chipping away at the coal face of experimentalism. This duality is present throughout the the ten tracks that make up her debut long-player All For You. Self-produced by Smiles and mixed by recording legends Youth and Tim Bran, the album brims with confidence, strong melodies and state-of-the-art pop production.

At the core of the sound is a three-piece indie rock band – Smiles on guitar and vocals, Sara Leigh on drums and Joe Singfield on bass. All superb players. Added to this are layers of electronic sound taking the record to a different place and level. None of this would matter of course if Smiles' songs and singing were not up to task. They are however, and then some. Coming across like a version of Amy Winehouse seeped and schooled in post-punk and electro rather than vintage soul and jazz. That comparison is bolstered by the album's closing track 'Turn It Around', a relative soft landing after the preceding fast-paced tracks, where Smiles delivers a final aural-love-letter full of soulful longing and melodic twists and turns.

A startlingly impressive debut from an artist who will no doubt progress and develop as time goes on.

Email ThisBlogThis!Share to TwitterShare to FacebookShare to Pinterest
Labels: All For You, Electro, indie, Lara Smiles, Wonky Pop 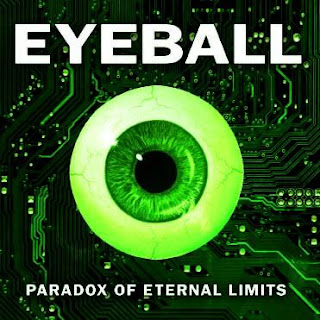 A nice surprise waiting for me when I returned from my summer holiday was this CD EP by Eyeball, they're a quartet from Raleigh, North Carolina. Not only do Brian Oaksford, Trey McLamb, Aaron Albrecht and Myriam Martian have a great collection of surnames they also make music that entertains, challenges, defies expectations and gets into a fistfight with any notion of categorisation. The band describe themselves as a “Psychedelic Experimental Music Ensemble” which is a pretty good starting point. Paradox Of Eternal Limits is their debut release and came out in 2017. Don't expect any love songs here unless they relate to aspects of quantum physics or astronomy.

Opening track 'Acid War' is built around an ominous and eerie guitar riff, driving beats and a vocal that despite being centred only two or three notes is as catchy as they come. The track comes across like Jethro Tull's 'Aqualung' re-imagined by Neu. Pretty neat! 'Inside The Moon' opts for a more textural Dreampop approach with slow tempo, shoegazey guitars, electronic shimmer, and (what sounds like) a violin solo.

'Astral Projector' then flips any expectations on the head by going all acid-folk – gently strummed acoustic guitar, hand-held percussion and a vocal that sounds not unlike Anton Barbeau. The EP finishes with 'The Red Minimum' a doom-rock opus that starts slow but picks up tempo a minute in. It comes adorned with '50s sci-fi movie sounds and a vocal from the John Lydon school of singing. It occupies that sweet spot between punk and metal.

Interesting to note that with only four songs the band demonstrate a variety of styles and sounds. If they ever release a full-length LP and really stretch out who knows where they'll take us. Wherever that is it will be worth the ride. 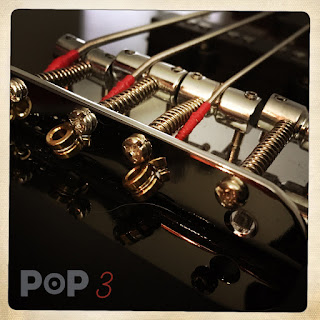 Second time around for New Jersey band. An infectious mix of power pop and indie rock.

I send apologies to any regular readers for the recent lack of posts. A combination of school holidays, going away on a family holiday, and getting back to an increasingly demanding workload at the day job has meant I haven't had the time I'd have liked to concentrate on the blog. Hopefully that should change soon, and looking on the positives there's been a build up of great music to listen to, write about and gently push your way. So I'll start now!

One promo that was waiting for me when I came home from holiday was this EP from PoP. The band are a three-piece based in New Jersey, USA. They original formed as a quartet in the mid '90s and like many a band worked hard, wrote some great tunes, gigged plenty but somehow never managed to get that lucky break and wider recognition. The music eventually took a back seat as careers and families became more of a priority. As all musicians know the desire to make music is an itch that will eventually need scratching. With the sudden and unexpected passing of founder member Ian Long, the remaining members (Andre Mermegas, Matthew VanNortwick and Christopher Goss) got together to record this five song EP in his memory. It's a fitting tribute that not only shows that the band have lost none of their drive and energy, but also that they can still turn out decent catchy tunes.

The music a mix of Anglo and American power pop and melodic indie rock (think of a Venn diagram with circles representing Big Star, Teenage Fanclub, Foo Fighters, and The Jam, then place PoP somewhere in the middle). It's a sweet spot that finds just the right balance between jangle and crunch. Factor in vocal harmonies, overdriven guitar riffs and tunes that pass the whistle test and you have a pleasing and accomplished comeback.

Lyrically it's a case of taking stock with songs that either look back to the band's earlier days and lack of lucky break ('Warhol's Promise') or document the band's present ('4 Is 3') and their future ('New Again'). Today is a different era to those heady pre-internet days of the mid '90s and whether PoP progress any further this time round only time will tell, but that's really not the point. The music is reward enough as I'm sure they're only too aware. And one of its many associated pleasures is being able to share it with an increasingly switched-on world. Ladies and gentlemen take a listen to PoP.