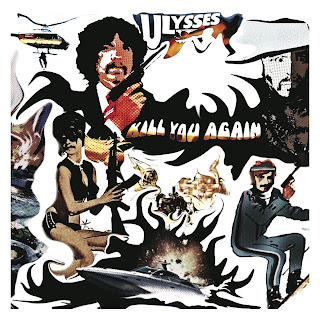 Delving into rock's salad days for inspiration is of course nothing new. The Darkness were seemingly on the verge of world domination a few years back with their cheeky blend of Thin Lizzy riffs and Mercury-esque camp. Rather than taking their cues from such big-hitters, Bath-based quartet Ulysses have opted to dig a little deeper into rock's back pages for a sound that never tries to be cool, but is a lot more fun than what most current bands have to offer.

It's not difficult to guess what makes up their record collection, no doubt a healthy mix of low-rent glam, stompy powerpop and the catchier end of classic rock. There are echoes of Slade's Coz I Luv You, (on the opening chords of Oranges & Mary), Steppenwolf's The Pusher (on French/Japanese), and The Move's Flowers In The Rain (on L.O.V.E. Yeah) along with a cod-reggae section on the title track, worthy of Paul McCartney's Wings.

It's the Wings comparison that's most on the mark, the band's songs straddling the line between rock and pop, with a sense of fun that sometimes borders on endearingly daft, just like the ones Sir Macca used to write. Factor in some rather ace harmonies, the odd musical joke and and an off-the-wall dress sense and you've a recipe for something rather ace. 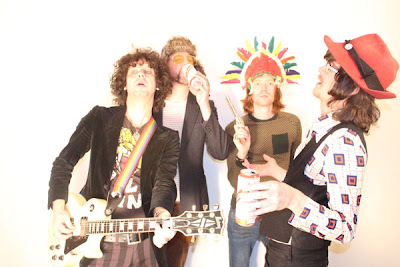 What really makes the record is not their repackaging of rock's past into a fun present day version but the fact that they write really good, hook-laden tunes, along with grade-A killer lyrics. A few spins of this album and you'll be whistling/singing/humming them all week.

The band will be appearing at The International Pop Overthrow festival in Liverpool in May. It's a great indoors festival which takes place at the Cavern Club and Cavern pub, and a chance to catch loads of brilliant bands at a bargain price. Ulysses play on Saturday 18th May. Do yourself a favour and go check them out. If you can't make it buy this album instead, it won't disappoint.

Click over the jump for a couple of videos from Ulysses.

Way To Blue: The Songs Of Nick Drake 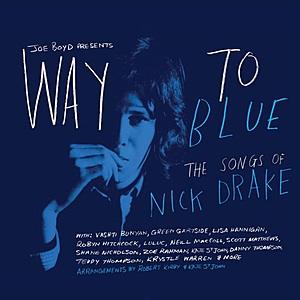 Tribute albums are quite often hit and miss affairs. The temptation for artists to make something new of a nigh-perfect back catalogue can occasionally result in startling re-interpretations. More often than not the results can do neither the original artist or the re-interpreting one any favours. Taking too much artistic license with tempo, mood, lyrics, or covering a song ironically being the worst crimes.

Thankfully there's no such heinous sins committed here. Way To Blue (The Songs Of Nick Drake) benefits from being put together with care and taste by Drake's producer Joe Boyd. Rather than giving each artist a song and letting them get on with it, this album benefits from being a live album. It's the culmination of a series of concerts that Boyd has staged globally over the last few years, the recordings here being edited highlights from nights in Melbourne and London.

By using a core group of musicians sympathetic to the nuances and valence of Drake's songs, along with vocalists that don't copy Drake's singing, the results show just what a fine songwriter Drake was. It's previously been difficult to imagine anyone tackling this songbook with any authority, such was Drake's ability as a performer of his own material. Somehow through Boyd and his carefully chosen team of musicians they've cracked it.

With the tempos largely unchanged and arrangements by both Drake's friend and arranger Robert Kirby, and the legendary cor anglais player Kate St. John, the cream of Drake's catalogue is both respectful towards the original versions as well as highlighting new possibilities. For songs thought of as quintessentially English, the re-interpretations surprisingly lend themselves to hints of Americana. Take for instance the gospel flavour of Krystle Warren's take on Time Has Told Me. Or the sad pedal steel and harmonica embellishments on Scott Matthews' impassioned version of Place To Be.

Scritti Politti's Green Gartside delivers a poignant version of Fruit Tree. Robyn Hitchcock proves himself again to be a skillful interpreter with his softly almost psych take on Parasite. Lulac's Zoe Rendell is one of the major revelations with her icy Things Behind The Sun. Drake's contemporary Vashti Bunyan adds her distinctive hushed vocals to a baroque version of Which Will, with strings and harmonium taking the place of Drake's intricate guitar. Underpinning many of the tracks is the familiar double bass of Danny Thompson who played on Drake's original recordings. On the instrumental version of One Of These Things First, Thompson really gets to shine, cementing his reputation as one of the finest musicians this country has produced.

On a personal note it would have been delightful if this album had included a version of Northern Sky, it being my favourite Nick Drake song. But there again there's always the hope of it appearing on a volume two. Until then this will do nicely. An album that's worth your money and then some.
at 22:41 No comments: 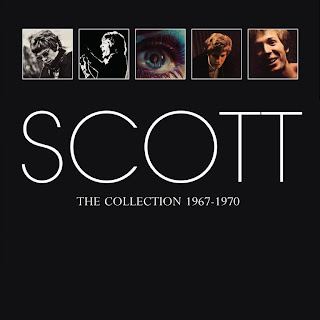 A few years ago I was lucky enough to find original vinyl copies of Scott, Scott 2 and Scott 3 for 50p each at a local car boot sale. No Scott 4 unfortunately but hey not bad! The only downside to this pleasing purchase was the original owner had in true taken-to-the-school-disco style penned their name in biro on the sleeves. A minor quibble admittedly, especially as the music on all three discs remains so good.


With that in mind it's pleasing to hear that Universal are re-issuing Scott Walker's first five solo releases in a lovingly packaged box set. It's released on June 3rd. If you'd like to read the press release click over the jump.

Click over the jump for more on Scott Walker:The Collection 1967-1970