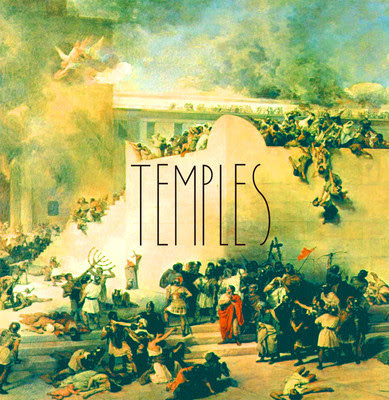 One of my favourite new bands of the year is Temples. I was fortunate to be at the Green Man Festival in August and witnessed their set in the Far-Out tent on the Thursday night. They describe themselves as a neo-psych duo (though the addition of a drummer for their live set indicates they may now be a three piece).

Their sound is a modern, guitar-led take on '60s west-coast psych. Tastefully retro, and done extremely well. If that's not enough, factor in the fact that they look cool as liquid nitrogen onstage, the lead singer/guitarist has that classic skinny white-boy with afro look going on, while the bassist nonchalantly stands to the side, holding it all all together with McCartney-esque bass runs.

I'm not sure if they've secured a record deal as yet but judging by the two tracks on their Soundcloud page it can't be long before some ink is drying. Do yourself a favour and check them out on Facebook or Twitter before the rest of the world catches on. I've "widgeted" their two online songs here too for your listening convenience. 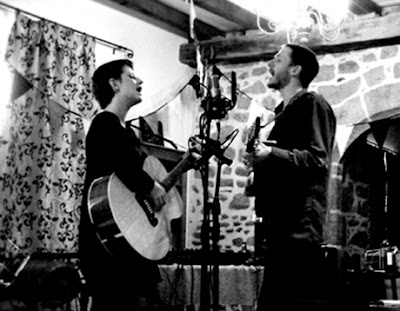 Husband and wife duo Trevor Moss and Hannah-Lou are giving away a free 4song EP as a taster for the forthcoming album La Ferme De Fontenaille. The album was recorded on an old Tascam 4-track cassette portastudio in the Loire, France earlier in the year and is due for release on November 5th 2012 on their own label  - The Anglophone Recording Company. If you're a fan of well crafted, intelligent and heartfelt songs, close harmony singing, and homespun acoustic charm I'd recommend you check it out.

For full details of the LP, tour dates and the free download EP head over to the duo's website.(www.trevormossandhannahlou.com)