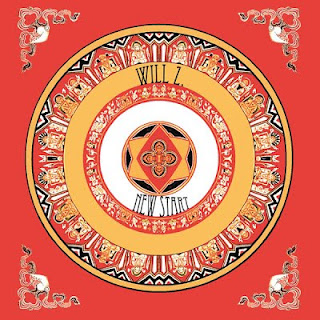 Inspired by Jain philosophy, Will Z.'s new album is one to immerse yourself in. A meditative spiritual journey unlike anything else you'll hear all year.


He may have the last name in the phone book but who is Will Z.? The answer is he's a singer, songwriter and multi instrumentalist who first came to prominence as a member of Cosmic Trip Machine. His solo output has all had a similarly exploratory psychedelic bent, be it dark rock, folk or psych-pop. More recently his involvement with The Book Of Am project and work with Gong main man Daevid Allen (RIP), has lead him towards music of a more introspective, meditative nature. His latest outing is New Start, a serious though highly enjoyable and rewarding work inspired by Jain philosophy.

The album length release is broken down into six pieces, with each track based around a simple repeated musical phrase or motif which is then added to and embellished. With an emphasis on spirituality, philosophy and self improvement, the results are as meditative as the mandala on the record's sleeve. As the title infers there's something cleansing about this music, encouraging a dumping of previous methods and baggage, and replacing with a fresh approach, blank slate or beginner's mind.

Jain Devotion (Parts I – III) starts with a swampy, dense sound reminiscent of being in the deep rainforest. Eventually some electronic sound claw through the sonic swamp - morse, radar, and radio waves merging to find a harmonious drone. From this a slow mantra-like song builds, implying the beginning of a journey. And indeed it is, over the course of the album we're treated a delicious array of textures and musical pairings. From sitar and flute, oud and mellotron, to more familiar electric piano and bass. The overall effect is hypnotic, entrancing and nourishing. And best listened to in one devotional sitting. Turn off your phone, relax and float downstream indeed! 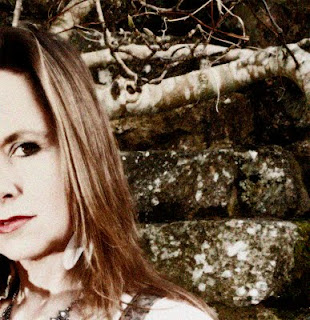 Pastoral psychedelia, acid folk, bright psych-lite pop and a Status Quo cover! It's all there on the second solo LP from Devon's Crystal Jacqueline.

A glance at the track listing tells you something of this second solo LP from The Honey Pot vocalist Crystal Jacqueline. Multiple references to the seasons, nature, mysterious and unobtainable female spirits, all the hallmarks of an acid-folk album you'd think. A record in the vein of Vashti Bunyan's Just Another Diamond Day or Shelagh McDonald's Stargazer. And that's true to a point but there's much more to it than that. From the almost industrial sounds of opening track Siren it's obvious things are not so clear cut. Leave your expectations at the door sonic travellers for scattered among the Nick Drake-esque pastoral folk tracks are enough surprises, twists and turns to make this a much more multi-hued and varied affair.

For a start there's the inclusion two cover versions. A stab at Status Quo's In My Chair and a lovely assured take on Pink Floyd's Grantchester Meadows. The former is a tight Chicago R&B shuffle, souped up with effects-laden guitars, whereas Grantchester Meadows blue-sky folk gets an added space-rock edge. Strange Bloom has echoes of San Francisco's golden era, all bluesy and meditative, whereas Daisy Chain is a bright, psych-lite pop tune that in a fairer world would have a stay in the top 20.

As the album title suggests Rainflower thematically revolves around nature, seasons and the weather. For all its sonic diversity these lyrical concerns somehow piece it all together. A celebration of deep-winter and high summer, there's mystery, folklore, the beauty of bloom and the beauty of decay. And for all it's modern production it still resonates with the wyrd, deep-rooted ways of Old England. An album to re-visit and treasure.

Heavy blues rockers Vivunder are out on tour this month promoting their latest album Oracles And Prophets (Crusher Records). As a taster of what to expect check out this new video for Son Of Every Lie, taken from the album.

Those tour dates in full - 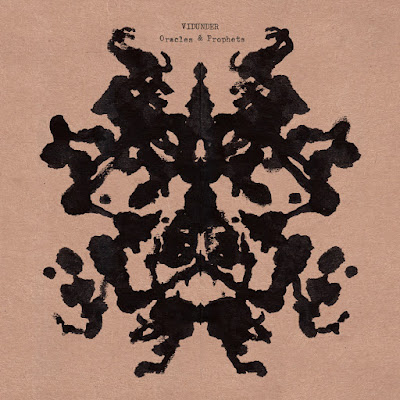 Email ThisBlogThis!Share to TwitterShare to FacebookShare to Pinterest
Labels: Crusher Records, Oracles And Prophets, Son Of Every Lie, Vivunder 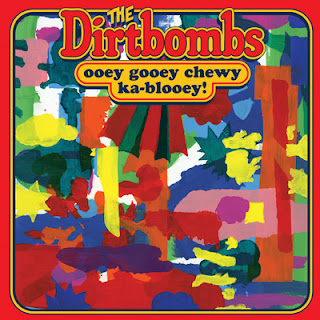 I was reminded of this LP recently after discussing Bubblegum pop with a pal of mine. I dug it when it came out but it sounds even sweeter now! My original review ran on Subba Cultcha when the album was first released.


Think you know The Dirtbombs? Purveyors of Detroit garage rock for what seems like forever, with front man Mick Collins previously responsible for the force of nature that was The Gories? Yes that band. The band that have been promising an album of bubblegum pop for almost a decade, an album most people thought would never materialise. You could almost think of it as some sort of ruse or joke. Well that album is here and it's pretty damn good!

Quick history lesson – Bubblegum for those that don't know is a genre of music that was created by journeymen record producers back in the late '60s as a kid-friendly cash-in. With musical roots in the accessible end of flower-power, beat music and folk-rock, it was often fronted by manufactured cartoon friendly bands, blokes in animal costumes or actual cartoons. Think The Banana Splits, The Archies, or 1910 Fruitgum Company. Though despised by serious music fans at the time, it's since developed a kitsch charm and appeal.

There's something about the music of one's childhood, it's deeply ingrained and has a sway over you that the music you hear later doesn't. It's obvious listening to Ooey Gooey Chewy Ka-Blooey! (best album title of the year?) that Mick Collins has a deep affection for this music. The ten original songs pay homage to this strain of sunshine pop. It's twee, not in a sexless C86 way, there's just the right amount of fuzz and groove to keep the faithful happy.

Candy, ice cream, sunshine and fairground rides all get a look in on this LP of innocence re-found. The Gories this ain't, but it sure is fun dammit! I defy anyone to listen to the album's opening track “Sugar On Top” and not have a smile on their face. Also listen out for the deliberate melodic steal form The Beach Boys' “God Only Knows” on album closer “We Come In The Sunshine.”

Garage rock is a genre that often prides itself in being a ghetto. Mick Collins may upset the garage rock purists by opting to make music that has roots in exploitative pop, but hey how cool is it to exploit the exploiters! Sweet indeed!

Email ThisBlogThis!Share to TwitterShare to FacebookShare to Pinterest
Labels: Bubblegum, Detroit, In The Red Records, The Dirtbombs

The Seventh Ring Of Saturn - Ormythology 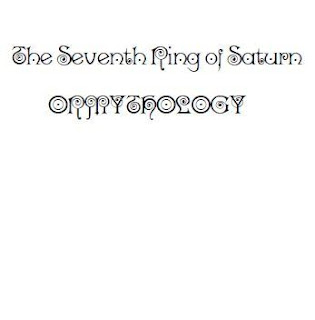 The long awaited second album from Atlanta's TSROS. Mixes psych-rock with middle eastern scales and rhythms in a most appealing way!


I first became aware of TSROS when they featured on Fruits De Mer Records' recent 7&7 Is box set of 7” singles covering The Grateful Dead. They were good at that but what's more of a revelation is the band doing their own material. Ormythology is the band's second full length album, several years in the making, self released on a lovingly hand-stamped CD. It contains a pleasing mix of what some people call college rock and music of an altogether more Byzantine/Arabesque nature.

Album opener “Burning A Hole” contains Nirvana-esque melodies, lyrics of a decidedly 1967 vintage (“cellophane sunflowers, what do you think about time?”) before nutmegging listeners with killer guitar solos that owe more to Turkish or Greek music than that of your more traditional guitar heroes. This is quickly followed by “Teli, Teli, Teli”, an instrumental which ups the Byzantine ante with guitar flights of fancy that both stretch out and wig-out in equal measure.

“Time To Fly” is a more straight ahead Anglo-American rocker, which brings to mind Teenage Fanclub or The Byrds, characterised by sumptuous vocal harmonies, and power-pop chord progressions. There's still room for the lead guitar to surprise and take the song somewhere new. Time To Fly indeed!

It's refreshing to know that some bands do look beyond the much mined seams of Hendrix, Page et al for their inspiration. Time signatures look beyond the usual rock-fayre, and the melodies are equally at home in a souk or incense filled temple as they are in a western rock venue. A cliche-free and illuminating experience is guaranteed for all who are adventurous enough to listen!


Click here for more from on The Seventh Ring Of Saturn.