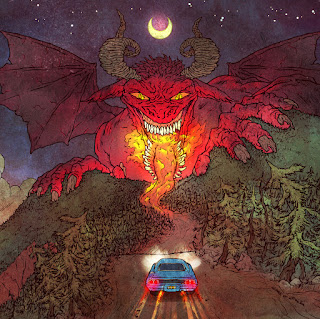 Having recently reviewed a couple of their releases for www.audioscribbler.co.uk, I've recently become an admirer of Small Stone Records, a record label that's based in Detroit, Michigan. Home to an ever growing roster of classic rock, hard rock, blues rock, metal, and stoner rock bands, they're purveyors of a sound that wouldn't cut it with your Shoreditch fashionista but has a loyal and discerning worldwide audience. Defiantly anti-fashion, it's a label that does what it likes and likes what it does.

I also like the label's tradition of fantasy fuelled album covers. Each illustrated cover harking back to hard rock's golden era, usually featuring some sort of mythical beast emerging from the earth, sky or sea to endanger the lives of your humble rock band and fan. The cover of Last Rays Of The Dying Sun, the debut album from New Jersey's Infernal Overdrive is no exception; a horned, winged, red-skinned monster/devil peers over a hillside, his fiery tongue merging with the road on which our hapless heroes travel along in their souped up automobile. The inside sleeve shows a burning road sign declaring it “Route 666”. Crikey! Shall we go for a ride then?

Click over the jump for more on Infernal Overdrive
Read more »
at 17:17 No comments: 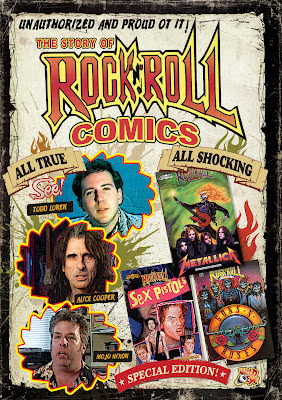 This fascinating documentary gets a DVD release on April 24th. It tells the story of Todd Loren, the man behind the San Diego publishing house Revolutionary Comics. Loren was born in 1960 and grew up with a love for both comic books and the burgeoning rock music bursting forth from both sides of the Atlantic. After amassing a considerable amount of money from hosting comic book and record conventions, aged 18 he went on to open a shop and mail order business selling mostly bootleg music memorabilia. This in turn led to the formation of Revolutionary Comics where he was to combine his two passions with the "Rock 'n' Roll" series of comics, producing comic book biographies of rock's biggest hitters. Their inflammatory tagline was "Unauthorized And Proud Of It".
Click over the jump for more on Rock 'n' Roll Comics along with the official movie trailer.
Read more »
at 22:13 No comments:

The Best Of Perception & Today Records 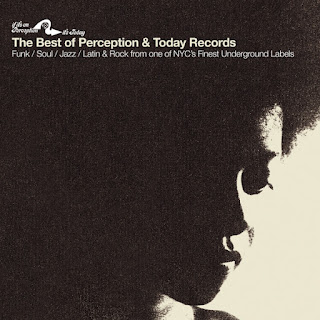 Due for release on BBE Records in April is this double CD, (or 2x2LP with 2x7" vinyl) featuring the best output from Perception Records, a label which was operational from the late '60s until 1974. A strangely and admirably eclectic roster presided over by label president Terry Phillips and Boo Frazier. Although overshadowed at the time by more renowned labels such as Motown and Philadelphia International, (perhaps because unlike such labels it didn't have an instantly recognizable in-house production style), its time has come for a re-appraisal. Ranging in genre from soul and funk, through to proto-disco, latin, jazz and rock. It represents the best of Manhattan's then dancefloor orientated musical output. Sounds great already doesn't it!

To read my full album review click here. If you'd like to hear a taster check out this beauty - "Surrender" by Black Ivory. 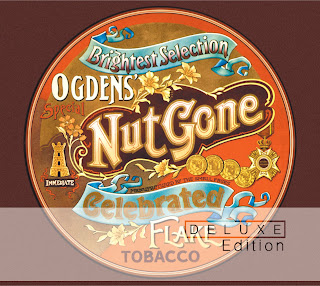 On May 7th Universal Music will be releasing deluxe editions of four Small Faces studio albums. Namely Small Faces (Decca 1966), From The Beginning (Decca 1967), Small Faces (Immediate 1967) and the classic Ogden's Nut Gone Flake (Immediate 1968). All releases will be expanded into 2-disc editions (3 in the case of Ogden's).
There are people who claim The Small Faces to be a greatest band of the '60s, better than The Who, The Rolling Stones and even The Beatles. These people mostly populate the Medway towns though so such claims should be taken with a contrary pinch of salt.
(Click over the jump for more on The Small Faces and the best gig I never went to)
Read more »
at 22:22 No comments: