The Magnetic Tape Band - The Subtle Art Of Distraction 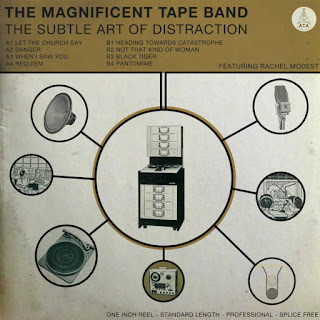 Pete Williams and Neil Innes are the men behind ATA Records, a soul and jazz label based in Leeds. A disused garage on the outskirts of the city serves as their recording space, housing Mellotrons and Clavinets among its vintage gear. It was here that the pair, along with vocalist Rachel Modest, recorded this fascinating LP which draws on spaced-out psychedelic soul, Library music and deep-rooted Gospel.

Modest is a gifted and versatile singer whose background singing in church is explored on the album opener 'Let The Church Say'. A fine start but there's more to come. As the album expands she proves to be an extremely gifted and versatile vocalist. Soft and pleading one minute then soaring into enchanting falsetto the next. All the while the band are laying down grooves that echo Rotary Connection and Shuggie Otis along with textures more often found on current hauntological records than on deep-cut '70s soul. 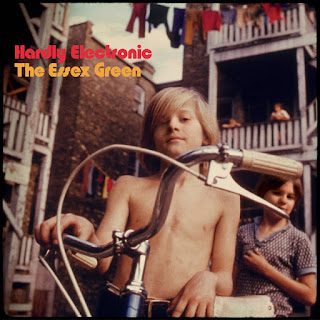 It's twelve years since The Essex Green's released their fourth and apparently final album Cannibal Sea. Since then all three principal members left Brooklyn, dispersed and concentrated on real life rather than harmony-infused indiepop. It's this experience of mid-life and its accompanying trials and tribulations that informs much of their new and unlikely comeback. With moods ranging from quirky and twee, to serious, sad and poignant, Hardly Electronic is proof that each member can still write catchy and engaging pop songs.

Highlights include 'In the Key of Me', a piano based track complete with Left Banke baroque woodwind, the melancholy yearning of 'January Says' and the chiming guitars and harmonies on 'Waikiki'. With Sasha Bell, Jeff Baron and Christopher Ziter now all living in different states it's not surprising that themes of losing touch, old friendships and connectivity make up a large part of this unexpected but highly enjoyable collection. 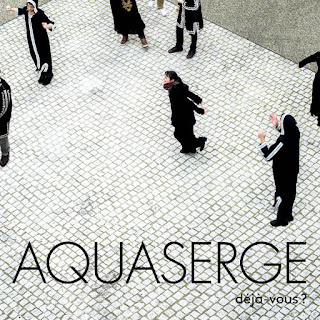 This revelatory live album from Toulouse's sonic explorers follows last year's Laisse ça être and is as playful and arty as its title suggests, mixing French film music with afrobeat, free-jazz art-rock and whatever else takes their fancy. Played live with an “optional” horn section the tracks have a dynamic and improvised possibility that the previously released studio versions only hinted at. If the precise groove, unique vocal phrasing and wild guitar solo on 'C'est Pas Tout Mais' isn't enough to blow your mind check out 'Travelling' which hurtles along like a runaway train before morphing into a wash of drone and white noise.

Also worth hearing is their impromptu take on the jazz standard 'My Funny Valentine' and 'Tintin On Est Bien Mon Loulou' which reveals itself as a heavy duty rock monster. Anyone with jaded ears needing musical refreshment should immerse themselves in this gloriously audacious album. 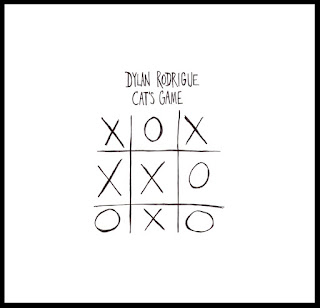 California calling! An empathetic fusion of country, indie and alt-rock.


The “singer-songwriter” tag often carries a lot of baggage and can provoke a bunch of unwarranted assumptions. Bob Dylan's protest years and the sensitive, confessional musings of James Taylor and Jackson Browne, as good as they were, have left a mark on expectations from the term. But the truth is that singer-songwriters, much like folk music itself, represent an extremely broad church. It's a point encapsulated on Cat's Game, the debut album by Dylan Rodrigue.

Forget the cliché of one bloke with an acoustic guitar singing of personal pain (though Rodrigue is adept at that too). Cat's Game is a record that moves from full-steam indie-rock, punkish rampages, a few alt-rock shapes and even throws in a charming acoustic duet. All in all a varied musical selection box and like some of those chocolates consumed over the winter holidays it's a album with hard outer edges but with a soft emotional centre. Empathetic post-rock may be the most apt description if you're looking for caterogisation, most strongly evidenced on 'Living In Color', a call for more nuanced understanding and less polarisation. Other standouts include 'Some Kind Of Heaven' which sounds like a long-lost acoustic track by Big Star, and the downbeat indie rock of 'Minimize The Damage'.

So that's the songwriting but what about the singing? Rodrigue's voice is a distinct and unique instrument in itself. Lived-in without being overly gravelly, very likable and utterly convincing. His is a voice that favours passion over perfection. Fans of Pavement, Elliott Smith and Kurt Cobain will find in Rodrigue a similarly talented and distinctive artist.

To become a songwriter when your name is Dylan is a tough gig – after all there's a lot to live up to there! Which may or not have been at the back of Rodrigue's mind when making the video for 'Self-Love'. There's a sly nod to his Bob-ness in the video with Rodrigue using the card and caption technique pioneered by the-artist-formerly-known-as-Zimmerman on the promo film for 'Subterranean Homesick Blues'. You can enjoy the video below. Enjoy!

Nick Nicely - All Along The Watchtower 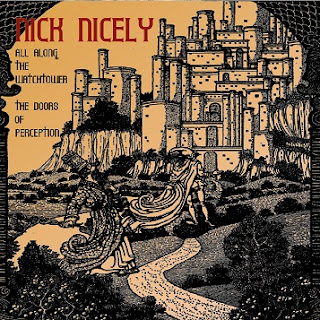 Nicely does new stuff to Hendrix doing Dylan! And then presses it onto 7” vinyl!


Another ace 7” single in the latest batch of releases from Fruits de Mer is this newie from Nick Nicely, the dude behind '49 Cigars' which we wrote about some time ago. Not one for doing covers this take on 'All Along The Watchtower' comes as a surprise albeit a very welcome and rewarding one. Take a sneaky preview via the video below. And here's Nick with a summary of how it came to pass...

“I don't do covers generally, but for one of Pete Bingham (Sendelica) and Keith FdM's festivals I thought something familiar might prevent people drifting off and be an opportunity to swap guitar licks with ol' mucka Paul Simmons from The Bevis Frond, on a twin lead section. Never made the festival and anyway the Frond were there on a different day, so all dreams turned to ashes...til Keith suggested releasing the 'irreverent' Watchtower backing tapes plus studio vocals, guitar and effects. 'Doors Of Perception' is similarly constructed with tapes from my current live show plus studio vocals and guitar, so the pair connect well. We all have boundaries but when it comes to making Fruits de Mer Records I feel duty bound to go to the edges of mine...two tracks born out of live, flying their freak flags along my sonic borders!”

When you think of the stature that artists such as Dylan and Hendrix have, you'd have to be either very foolish, brave, talented or secure in your own artistic vision. Fortunately it's the latter two traits for Nicely. His re-imagining of 'Watchtower' owes little to either the Dylan or Hendrix version, is heavy on textures and effects and comes with features stellar guitar wig-outs and vocoder vocals.

The single's flipside is a similarly glorious sonic excursion. 'The Doors Of Perception' is like a gospel song given an electronic makeover, if you can imagine such a thing. Best listened to loud with headphones on and the lights low. Nicely does it indeed!