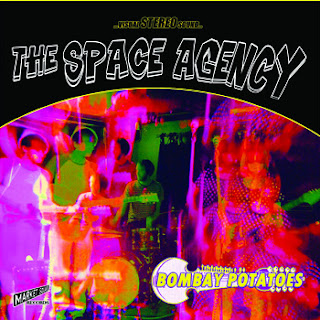 
Currently a household favourite round at mine is this limited 7” by Hove-based trio The Space Agency. The A-side is a surfy, twelve bar instrumental made all the more interesting and fun by the sitar lines that sit on top. You could easily imagine it being used in a '60s American teensploitation movie. I guess you could almost call it a novelty record (and that's a compliment by the way, novelty records are a very misunderstood and neglected genre I reckon).

Of course it was in the '60s when a lot of western musicians flirted with the mysterious drone and twang of the sitar, not least George Harrison. This 7” has more in common with the work of Ananda Shankar and Lord Sitar (aka top session man Big Jim Sullivan) than the full on immersion of Beatle George, mixing beat music with raga scales to make music that's kind of familiar yet takes you some place new too. It's beat music with added exotic spice.

The singles' other track 'Purple Power' is a more of a dramatic, energetic surf instrumental that pushes all the right retro buttons. It'll have even the most land-locked among us wanting to wax down our boards. Twang on brothers and sisters!

'Bombay Potatoes' is out now on Market Square Records. (Limited to 300 copies in a hand-numbered picture sleeve).

Fruits De Mer Records will be having a busy month. While the rest of the country seemingly take August as their cue to head for some foreign beach, FDM instead opt to take regular trips to the local post office with the release of five 7" singles. All were available at the label's recent all-dayer at London's Borderline. If you weren't in attendance fear not, let mail order work its magic by visiting their website (www.fruitsdemerrecords.com). Read on for the roundup on all five releases. 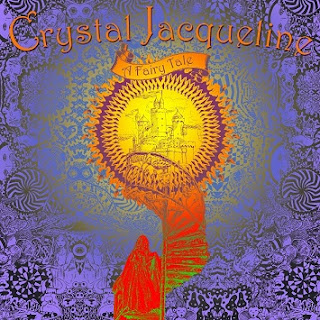 New signed to Fruits De Mer, Crystal Jacqueline has recorded a three song EP featuring a tasteful selection of covers aided by fellow Honey Pot member Icarus Peel. The Troggs' Cousin Jane is given a stately reading, its simple piano chords, strings and sense of space reminding you what a great song it is. This is followed by a version of Second Hand's A Fairy Tale. More of a rock song than the other two baroque-ish tracks, I wasn't familiar with this track before but this had me heading over to YouTube to check out the original. A fine choice. The EP finishes with a sinister take on the Rolling Stones' Playing With Fire

Me And My Kites (with Tony Durrant of Fuchsia) - The Band (Ltd. colour 7") 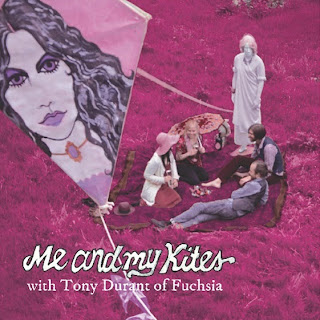 Me And My Kites hail from Sweden, which in musical terms always piques my interest. The fact that their name is taken from a song on Fuchsia's eponymous 1971 album makes this 7" an even more appealing prospect. Due to the powers of internet communication Fuchsia's Tony Durrant has ended up guesting on the A-side, a new version of one of his old demos called The Band. Very nice it is too. An old song given a contemporary acid folk vibe. B-side Isis' Adventure is dedicated to Kevin Ayers and has a suitably Canterbury feel. Impressive modern soft-psych with a summery bucolic feel. 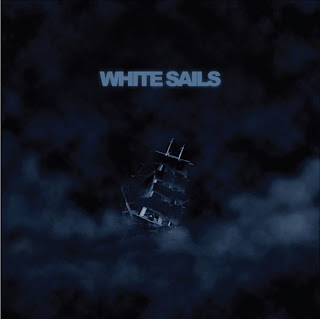 One thing all these releases have in common is the making you aware of long forgotten nuggets that may or may not be lurking in your record collection (or your mum or dad's). This EP from White Sails is no exception featuring two lesser known Black Sabbath tracks - Laguna Sunrise and Fluff. Both instrumentals are given largely acoustic readings, soft drum shuffles and acoustic guitar motifs. Who's have thought Sabbath could have had just as successful a career had they gone down the folk route! These are backed with two original instrumentals - The Answer and Death On A Pale Horse. The Transatlantic band (members hail from San Francisco and Finland) should be rightly proud of this folksy EP. If I had to pick just one single from the five for the mythical desert island I'd go for this one.

Jack Ellister - Within You, Without You (Ltd. colour 7") 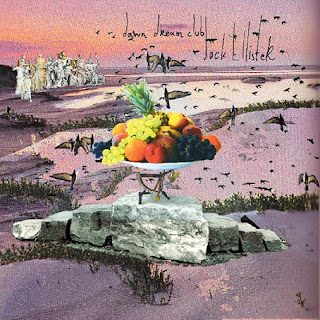 It's a brave move to cover a Beatles track in 2013, especially such an iconic and stylised one as Beatle George's Within You, Without You. Amsterdam's Jack Ellister has come good though. Without losing any of the songs' message or psychedelic splendour, he's made it his own. With less reliance on Indian instrumentation, this is a more strident rock version with a suitably unhinged wig-out towards the end. Nice! There's also a short psych-drenched reprise. Flip the single over and there are also stellar versions of Flaming (Pink Floyd) and Song For Wild by cult acid-folker Mark Fry. 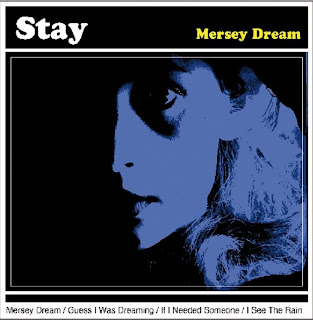 Spanish psych band Stay kick off their four song EP with an original tune dedicated to pop music's most favoured river. Mersey Dream is a rocking mod-ish groover which brings to mind Fools Gold-era Roses and early Charlatans and Deep Purple. Its heavy B3 Hammond, funky bassline and choppy guitar lent a sweetness by the song's melody. The other three tracks are all covers - Guess I Was Dreaming (The Fairytales), I See The Rain (Marmalade), and If I Needed Someone (that Beatle George again!) And pretty neat they are too. It's no surprise that the band have supported Beady Eye and Ocean Colour Scene when those bands have toured Spain. The band formed in 2005 and have so far released four albums, so there's plenty more to go at if this single rocks your world.
at 16:18 No comments:

The Higher State - Potentially (Everyone Is Your Enemy) 7" 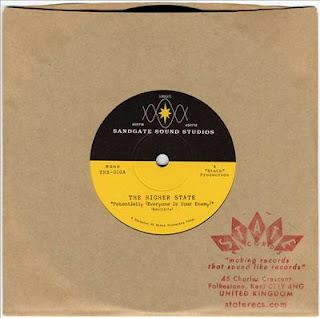 You could rightly argue that this has all been done before in the 60s but right now nobody else is making records with this sound so convincingly. State Records just get it right every time. Want further proof? Then check out the recent Paul Messis album, or last year's Suzi Chunk LP. It's aided by State having their own small but characteristic sounding studio. As every musician and sound engineer knows, limitations are beneficial in achieving a great sound.

B-side “All Ties That Bind” is pretty cool too, one and a half minutes of melodic folk-rock bolstered by spiralling lead guitar. The intro also contains a knowingly cheeky nod to the Stones “Last Time”.

Limited to 500 copies of 70gram vinyl on State Records.
www.staterecs.com 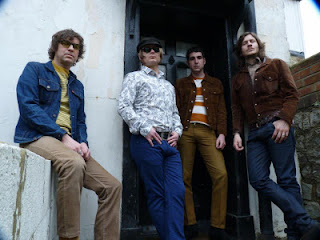