“I wandered past a news agents and something caught my eye in the window, a photo of a girl. But something about the photo, something I could not quite process, drew my attention to it. Something not quite right. As I got closer I noticed the 'Time Magazine' header, and then I suddenly drew back, as I saw what had caught my attention. It was this beautiful dark haired Afghani girl, who stared out proudly, but there was something strange about her, something I could not put my finger on. I moved closer to the shop window. Then I realised in shock what was wrong... where her nose should have been was a dark crater, a hole, a shadow . She was this poor girl who had defied what parental and tribal convention had decreed, much to the chagrin of her parents. And that was where the Taliban stepped in, slashing off her nose and her ears as a warning to others.

So there it was. The girl from Kandahar. What must life be like for a young girl like that? Where do you go? Who to talk to? What possesses people to do this sort of thing? And so the song tells the story of the innocent girl trapped in a system where there seems little hope of escape. How thin is this veneer of humanity and we all shy at the horrors of what people are capable of..” 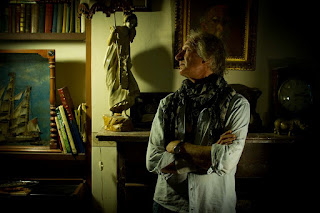 Click here to listen to Fuchsia's The Girl From Kandahar.

Email ThisBlogThis!Share to TwitterShare to FacebookShare to Pinterest
Labels: Fuchsia, The Girl From Kandahar, Tony Durrant 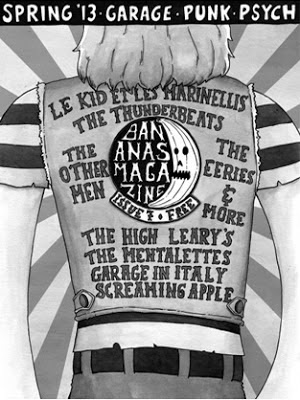 Get inky! Latest issue of New York 'zine will fulfill all your garage, punk & psych needs.


One of the most endearing facts about the garage rock scene is that although it's small, it's a dedicated, supportive, global community. The latest issue of Bananas Magazine is evidence of that. Issue #7 of the New York based garage 'zine has features on Spain's Purple Weekend Festival, Germany's Screaming Apple record label, Russian and Italian garage scenes, along with an excellent interview with Belgian artist Robin Renard.

There's also interviews with The Eeries (Philadelphia), The Othermen (NYC), The Thunderbeats (Moscow), Le Kid & Les Marinelli (Montreal), The High Learys (Perth), and The Mentalettes (all over the place). If that's not enough check out the vinyl-heavy reviews section for all that's hot in the garage punk scene right now.

Perhaps my favourite feature though is Todd's Tabs, a guitar tutorial which in this issue fittingly centres on '60s Swiss garage legends The Sevens. Hell, it makes me want to go and dust down my old Teisco right now!

Bananas Magazine is free where available, though if you can't find one in your local store just pay for the postage and order online from their website. Year old issues are available to read online too, whaddya waitin' for?! 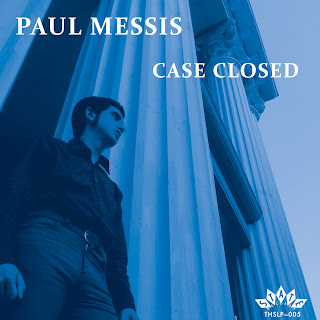 Garage folk for the disenfranchised. Second album from West Sussex based songwriter.

Fifty years after Jagger's dissatisfaction it appears there's still plenty of reasons for today's young man to feel distanced from wider mainstream society. Paul Messis' second album Case Closed is a case in point. Across the album's twelve tracks Messis lets the listener into his worldview, expressing, loneliness, alienation, disdain for society's hypocrisy, along with a defiant yearning for a freer, kinder, more open-minded world.

Messis has as much contempt for the mores of the modern world as he has for modern production values. Like his previous releases, Case Closed sounds like it it was recorded in the mid '60s, with Messis striving for and achieving a convincing take on his beloved Minnesota garage and Sunset Strip folk rock.

Messis sets his stall out from the off, “I Hate The World Around Me” has a stinging lyrical attack coupled with a frantic pace. It's the album's gentler, more melodic moments that work best though. “A Matter Of Opinion” and “The Tables Have Turned” being the strongest tunes, the latter further enhanced by a biting fuzz guitar solo.

Part Byrds' jangle, part Americans imitating the Stones circa 1965, and part C86 feyness, the resulting album is not your average garage rock re-hash, mainly due to Messis' abilities as an introspective singer songwriter. Though not a great vocalist, (a couple of vocal re-takes wouldn't have hurt), you do believe in him, there's a sincerity in his voice and lyrics which wins you over.

Once again the authentic attention to detail that State Records are getting a reputation for is present. Not only does the album have an impressively varied array of guitar tones, the limited LP version is on 180gram vinyl with a front-laminated flipback sleeve. Nice!

The Baron Four - Yes I Do 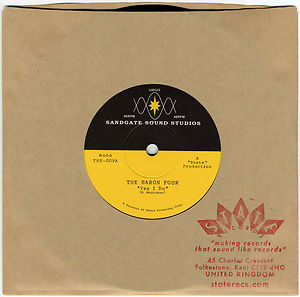 Fast rising boutique garage label State Records are certainly not resting on their laurels. Following the well-received records by by the likes of Suzi Chunk, The Higher State, Paul Messis and more, the label are set to release a series of quickly recorded 7” singles, all recorded at their bespoke recording studio. Part One of the “Sandgate Sound Acetate” series is the debut 7” from The Baron Four. The band features ex-members of MFC Chicken and Thee Vicars, (who split last year following the tragic passing of guitarist Chris Langeland). Their sound somewhere between Star-Club era Beatles, The Milkshakes and The Kingsmen. It's a pleasing mix of fuzz and groove. Early Brit-rock meets US garage punk with a smidgeon of surf thrown in for good measure. A side “Yes I Do” is an uptempo rocker complete with screams and searing guitar solo. B-side “Girl” slows things down slightly, more groove based though no less engaging. Captured in gloriously punchy mono, and pressed on heavyweight vinyl, the single is limited to 500 copies so don't hang about! 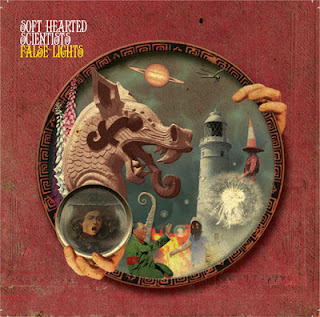 “Seeing” comes across as George Formby takes a trip, all wide-eyed wonderment and weird lyrical juxtapositions. This 21st century music hall sound is further explored on “Turn The Tables” where IKEA comes in for some stick before the song's sing-a-long jaunty ending. “False Lights” is like Syd Barrett fronting Half Man Half Biscuit (what a band that would have been!) with its descending guitar lines and pithy lyrics.

The band are equally at home with a more textured, abstract sound, proving that behind the jocular satire there's some seriously good musicianship. Check out “Golgatha” with it's Pompei-era Floyd tempo and gently lysergic dreaminess and you'll see what I mean.

Elsewhere they cast a disarming sideways glance at house prices, the popular press, multinational corporations and much much more. There's even room for a nursery rhyme mixed with pokes at our lovely political leaders (“Seaside Sid And The Giant Squid”). Proof that in the right hands pop and politics do go together, and can still put a smile on your face.