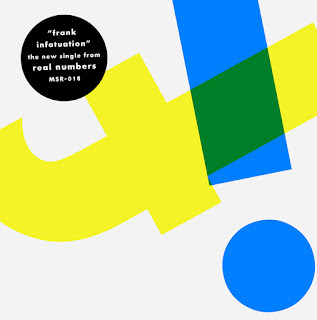 Another July release from Market Square Records that deserves to not slip through the net is this absolute belter from Real Numbers. The A-side reminds of those jaunty but sad songs from my own personal year zero when the likes of The Pastels, The Wedding Present and the like were constants on my turntable. Though it also sounds like, well you know, now!

The flip is a slower though no less satisfying track, a dreamy floaty melody over a two chord backing. Lo-fi and heartfelt. Apparently the band have been around making records in their hometown of Minneapolis for quite some years but I'd not been hipped to this groove until now. Another notch of credibility for Market Square. If the vinyl is sold out don't forget today is a digital world too. So suppost the label and have the music on your mobile, mp3 player or ipod docking station. Hell, you couldn't do that in 1986! 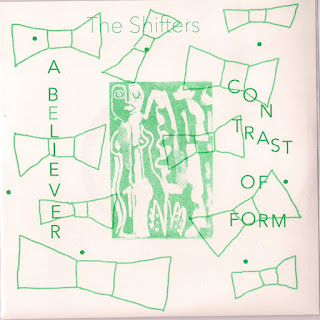 2017 may still be a terrible year for politics but it's been an amazing year for new under-the-radar music. So much so that it's sometimes a struggle to keep up and write about it as much as I'd like. One of my favourite small labels keep coming up with the goods, outta Billinghurst of all places. This 'lil platter actually came out at the tail end of July and according to the label's website is sold out. But with a bit of luck and the aid of Discogs notifications you may be able to track down a copy. Or try the band direct via their Facebook page.

The Shifters are a a lo-fi punk band from Melbourne, Australia who make music that sounds somewhere between The Fall's lesser heard melodic moments and the Dunedin sound that came out of New Zealand back in the '80s. It's pretty cool. I like it and I think you will too. They also remind me of an American band called Phantom Buffalo who I think are from Portland Oregon. They put out a couple of albums that I really dug. I miss them. But hey this 7” is helping me get over it. Shame Melbourne is so far away as they sound like the kind of band who would be very enjoyable and accessible at a gig. Do check them out! 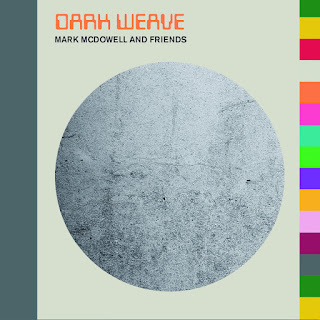 Fifth LP from south-west psych-folk collective. Pastoral folk, drones, subtle electronica and good vibes!
I've not been able to post as much on here recently for various reasons. Mainly too busy with work, family commitments and magazine stuff. I'm not complaining as work, family and writing is pretty much my holy trinity for a happy and useful life. I mention this as there have been a few albums and such that I've been sent that deserve my and your attention. Especially this one! I've written briefly about Mark McDowell before, albeit quite some time ago. What I didn't know was that apart from his solo records he also makes music as part of a psych-folk collective called Mark McDowell & Friends. This is their fifth long-player but the first one I've heard so I'm coming in fresh to this as it were.

Dark Weave came out at the end of July and I was able to listen and let it get under my skin before I left for a family holiday in Rhodes. There's something about high summer that always sharpens my emotions and makes me more receptive to music, art, literature etc. You know, all the good stuff. Maybe it's the longer hours of daylight, increased temperatures, more time spent with good people. All these things. Anyhow before I set off on my hols this album was my soundtrack on the daily commute to work. It struck me that despite the use of Indian strings, exotic hand-drums and analogue synth washes and swirls, Dark Weave is an album that could only have come from the British Isles. It simultaneously harks back to the golden era of acid-folk, (when Forest, Comus, Spirogyra and their ilk were the most happening acts around), but also sounds like now. Timeless is not the right word but it certainly taps into and strengthens some kind of tradition that resurfaces every few years and captures the imagination of a new generation. As a kind of nationalism it certainly beats that touted by many of our current political leaders.

So off I go on my holiday to Rhodes in early August. The change of scene, light, temperature and vegetation was a real jolt to the senses. I was struck by how dry, dusty and scrub-like the hills away from the coast were. The geographical distance also made me think about home, where it's not dusty and scrub-like. Where the ground is moist and loamy, damp and full of vegetation. And in my head thoughts kept turning to this record. It seemed to capture this richness that and uniqueness that we quite often lose sight of here.

Apologies to Mark McDowell if this is not like a standard album review. For once I wanted to write in a different way about music and how it can affect us. Suffice to say that Dark Weave has been my favourite album of the Summer and will be getting played over and over as we head into Autumn and Winter. It's that kind of record. Pastoral folk mixed with subtle electronica if you want to place it within genres. But I suggest just listening with open ears, hearts and minds and seeing where it takes you. Music ripe for reflection.