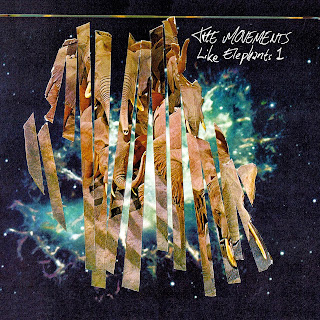 There's a heaviness that permeates this LP by The Movements. Not only does its title mention an animal that's the epitome of wild regal dignity but the album's lyrical themes are big and imposing too; death, religion, reincarnation, and the seismic shifts of seasons, etc.) The fact that this is merely the first release in a two part opus (Like Elephants 2 follows early next year) only adds to the feeling of it being a statement as opposed to merely a release. I first became aware of the band via the Garage Punk Hideout social network, always thought they were one of the more interesting garage rock bands out there but never expected them to release anything quite as accomplished as this LP.

The album's opening cut is recent single, The Death Of John Hall D.Y. It begins with snippets of lo-fi rehearsal tapes before a segue into the fully recorded version. It's effect is a bit like the shift from black and white to technicolour in The Wizard Of Oz, and serves to mark the band's progression from the raw, (but still rather good) garage band of yore, into the more ambitious sounding band we have before us now.

With a sound rooted in late '60s psych-tinged folk-rock, embellished with vocal harmonies, 12-string chime, guitar freakouts and the use of extended free-form sonics, the band have captured autumnal sadness on a grand scale. While there is a harking back to the classic bands of yesteryear (most notably The Byrds), The Movements have not merely aped a sound, rather they've co-opted it to share their own thoughts, feelings and messages. Let's hope part 2 is equally rewarding.

The Cubical - Live In Oslo (ONE DAY ONLY FREE DOWNLOAD!) 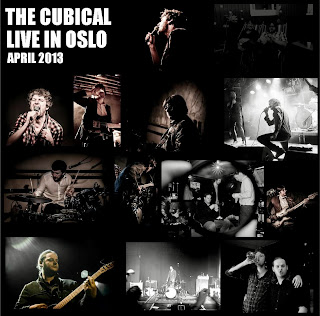 Recorded live on tour, Liverpool swamp blues band give away an 18-track album for nish! Be quick though, the offer is only open for one day!


As one of the 'Pool's best bands, The Cubical's string of albums on their own Halfpenny Records label never fail to hit the spot. Gritty, and bluesy, with intelligent lyrics with a Waits-meets-Beefheart delivery. I can't recommend them enough. I previously reviewed the band's second album for Subba-Cultcha. (You can read my review which I've re-posted here.)

On Monday 21st October, for one day only the band will be giving away a free download of an 18-track live album via their Bandcamp page. Recorded earlier in the year on a Scandinavian jaunt, Live In Oslo captures the band at their very best. Do, do, do check it out! 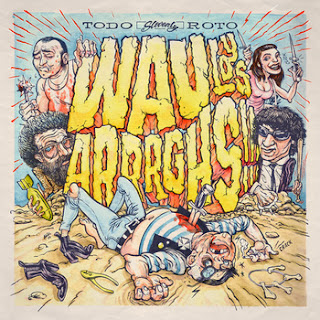 You know you're into for a treat even before pressing the play button for this latest Slovenly Records release. There's a great photo on this album's back cover, with the band attending what looks like a wrap party for the kids' TV show Horrible Histories. It's a party that's seemingly held in the middle of a wood, with band members sporting a random selection of costumes. There's a potion wielding wizard, a toga-wearing Roman threatening the cameraman with a baseball bat, traditional (Turkish?) national dress, a pistol-totin' woman in a strapless black dress, and a bare-chested horseman brandishing what looks to be a highwayman's musket.

For all this display of arcane weaponry it's vocalist Juanito Wau's distinctive voice which is likely to do the most damage. With of one of the most recognisable voices in garage rock, a genuinely menacing, snarly tone and over the top delivery which lifts the band's music above that of your average garage band. It matters not that it's all sung in Spanish and I can't understand a word, it's the feeling that counts, and the feeling I get from this matches the primal punch of the music. A raw mix of garage punk, surf, beat and yé-yé, with an energy level that never dips.

Alongside seven new and original tracks a hit is tipped to those '60s acts who continue to inspire, with covers of tracks by The Kinks, Jacques Dutronc, Cuby And The Blizzards and The Unknowns. Considering their music is of a genre that's ideally suited to the 7” vinyl single format, Wau Y Los Arrrghs!!! have pulled it off here, delivering a long-player that will sit nicely alongside your Back From The Grave compilations. Now let me get my fancy dress outfit on so I can go and find that party! 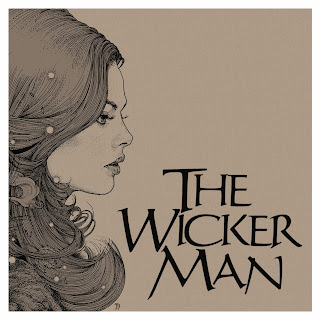 I don't usually post about films but as my all time favourite film, (and soundtrack) is now 40 years old and getting an expanded "final cut" release it seems only right to give this a mention. Unfortunately I won't be in London to make it along to the special screening but praise the gods of mail-order, as the T-shirt, vinyl and poster are available online! Read on for the full press release from the good folks at Silva Screen Records.

The Wicker Man has long been accepted as a cult classic and now, forty years after its release, the movie’s pull for audiences old and new is as irresistible as ever.  In honour of its lasting appeal, Studio Canal is releasing a new cut of the film which hits cinemas this month.

Silva Screen has teamed up with Hackney Picturehouse for a Halloween screening of The Wicker Man: Final Cut, with a Harvest Fair before the film, a pop-up cider bar, apple bobbing, pumpkin carving and more!

In addition, artist Richey Beckett has created a movie poster to be revealed at the event (above is a small section of the illustration) which will be screen printed onto a Limited Run of 300 numbered posters.  This same unique image will grace the sleeve of a new LP vinyl release (limited to 500) of the soundtrack and a Rare Sleeve t-shirt.  All of these will be available to buy on the Rare Sleeve site, as well as at the event on the 31st October. 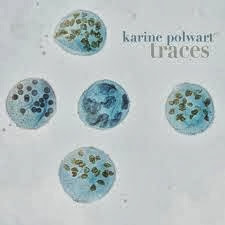 
Pure of voice, and possessed with a way of telling a good story within a song, Karine Polwart's latest album will undoubtedly please her Radio Two target audience. While her songs are rooted in traditional Scottish folk forms, it's a record that shimmers with just the right amount of modern studio gloss. Her closely miked voice augmented with tastefully sparse addition of harmonium, guitar, sansula, clarinet, and flute. Though the record may seem musically conservative, especially to younger ears, it's the strength of the songwriting that's her main asset and sets the album apart.

What really resonates is her eye for a good story, and her ability to create something compassionate and and compelling out of everyday observations. Take for example Tinsel Town, where she recalls seeing magical lights and flames from a petrochemical plant near her childhood home. It's political without the overtness that would hamper a less talented songsmith.

Elsewhere there are tales of golf parks taking over local beauty spots despite nearby resident's protests (Cover Your Eyes), adaptations of Russian poems (Tears For Lot's Wife), homages to the emotional resonance of buildings and homes (Sticks n Stones), and the heartbreaking tale of the death of a schoolgirl taking her first unaccompanied walk home on Half A Mile.

There's a case to made for this album as a protest record. Not in an overt sense, but within its quietly dignified stance, its belief in community and neighbourliness, and its resolute opposition to big business' love of profit over people.

Stealing Sheep - Into The Diamond Sun 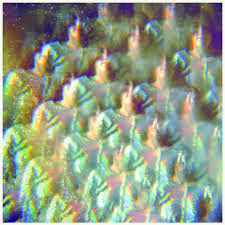 Oh Liverpool, so much to answer for! Kaleidoscopic mix of wyrd folk, indie and electronica on Stealing Sheep's stellar debut.


Liverpool has a fine tradition of producing psychedelic music, from the original mystic scallies of Lennon, Harrison & co, through the fey, Love-inspired Pale Fountains and epic raga-rock of Echo & The Bunnymen, right up to more recent takes on psych-pop from the Coral and The Cubical. Refreshingly, the latest psych-troubadours to emerge from Merseyside are Stealing Sheep who buck the trend by not being the standard acid-head blokes with guitars; instead this female three-piece concoct a heady brew of experimental pop and analogue electronica, with a hefty dose of wyrd folk. Theirs is a sound that has its roots in the acid-folk of the early '70s but this is no nostalgia trip, though their influences are traceable there's still a sense of the band making something new, and this is what makes Into the Diamond Sun such a joy to listen to. It sounds like they actually had fun making it rather than say over-analysing drum sounds. If only more bands had such a pleasingly, playful approach.

The heart of the band's sound is similar to the freak-folk of Devendra Banhart, or Vashti Bunyan but with a broader instrumental palette, and the feeling that they could veer off any minute on a completely different tangent. One minute there's spiky guitar lines over brooding tom-toms (The Garden), next they come across as the coolest majorette band around (White Lies). All the time their eclectic approach is characterised by the band's distinctive three-part harmonies and quirky melodic twists. You're probably already familiar with lead single Shut Eye, a delightfully infectious treat, or its follow up Genevieve, but those are just the tip of the iceberg, there's enough variety and invention on this album to keep you coming back to it over and over again, hearing new things with each listen.

As is evident from their videos, they have a fondness for all things homespun, folksy and experimental. If Oliver Postgate had started a band instead of making kid's TV shows from his garden shed the results would probably have sounded something like Stealing Sheep. Part Crosby, Stills & Nash, part Tiger, part Can, part Syd Barrett, part Bjork, but always themselves, Stealing Sheep can safely claim to have made one of the 2012's stand out releases. 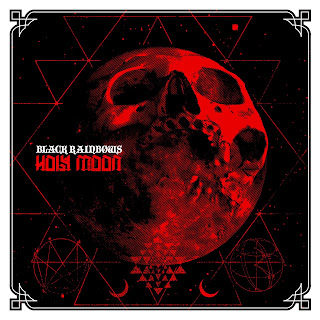 Mini album (maxi EP?) from Italian power trio heads for the stars with their stellar stoner, drone and space-rock.

Having been aware of Italy's Black Rainbows since the band's second album Carmina Diablo, it's obvious from the first few seconds that the band have progressed. The heavy stoner rock is still there but there's been a broadening of musical palette. Space-rock, stoner, drone and boogie are all represented, with even some Jimmy Page style acoustic riffage for good measure.

With only six, albeit long songs on this album, Black Rainbows have managed to display a range of styles and moods that somehow make for a satisfyingly cohesive whole. The album's opening title track is a five minute slice of prime stoner rock grooves complete with '60s space-race themed spoken word samples. Rewarding enough on its own things then take off for avenues new.

Monsters Of The Highway harks back to the sort of noise that used to to be heard at Reading Rock Festival in its pre-student-friendly days, when the Hell's Angels ruled the campsite. A heads down blues rock number with post-Hendrix guitar soloing, it's the perfect soundtrack for your speed 'n' snakebite consumption. Then there's the curve ball of Chakra Temple a softer, meditative number with its spiralling eastern scales over a constant rhythmic drone. Definitely not your standard muscle-headed metal.

The Hunter (no not the Free song) will keep fans of Carmino Diablo and its follow-up, Supermothafuzzalicious happy. (Check out the video below). More surprises next when a distorted hacking cough vocal leads into If I Was A Bird, a track which owes a debt to Jimmy Page's acoustic riffing on Led Zepellin III. Probably recorded on a Welsh mountainside. The album closes with a version of MC5's Black To Comm, which is given a lengthy Hawkwind space-rock makeover. For all the non-metalheads out there, don't think you wouldn't enjoy this record. There's an intelligence, sensitivity and even humour to this record that a lot of metallic fare lacks. You'll be pleasantly surprised.