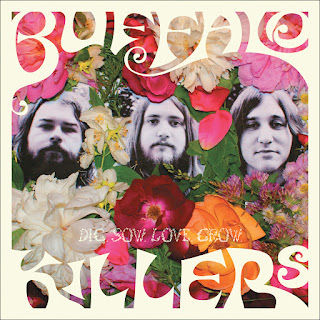 It's less than a year ago since I reviewed Buffalo Killers' previous album 3 for Subba Cultcha, (I'll put a link here soon when the relaunched site is back up and running), it's great to see that the band's creativity shows no signs of letting up. Their recently released fourth album Dig. Sow. Love. Grow. is an extension of where the band were at on their last album – earthy country rock, dripping with Zachary and Andrew Gabbard's vocal harmonies. This time round there are some heavier moments creeping in, as on album opener Get It with its 70s guitar riffage and one-note Stooges style piano. While not quite into metallic zones it does represent the heavier end of the blues rock spectrum.

For the most part though the clue is in the album's title – earthy, organic, hippy love vibes are in the area. The album sounds like Harvest would have had Neil Young decided to record said record with an electric band. It's electric, and rock 'n' roll, but shot through with some down home warmth. While it lacks a killer track on a par with 3's Huma Bird, there's still rich pickings here. Their take on southern rock ticks all the right boxes – grooves, songs and great harmony singing all present and correct. And man, as for those guitar tones and solos! Dig it indeed!

Click over the jump for a video for Buffalo Killers' track Get It. 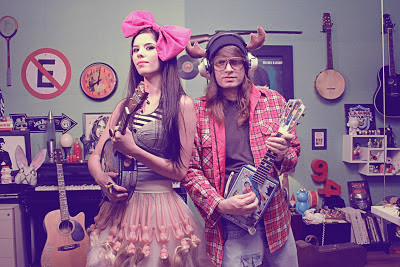 Elefant Records of Madrid have long been purveyors of fine indie-pop, one of a sadly dying breed of labels that still holds dear to its heart the notion of independence, bespoke vinyl releases and a love of music over commerce. As well as releasing great albums by the likes of Helen Love, Juniper Moon, The School, and the recently reformed Primitives, the label are also responsible for putting out desirable slices of 7" vinyl. Maybe not so good for the environment we're told, but when they're lovely coloured vinyl they sure as hell look nice rotating on your Dansette!

With that in mind let's cast our eyes and ears over the label's latest three 7" EPs. Click over the jump to read about singles by YouDoMeToo, Wild Balbina and El Palacio De Linares. There's also videos from all three bands so go on, hit the jump! 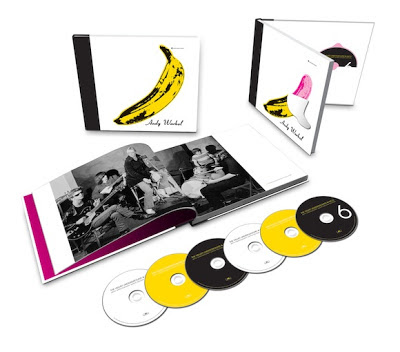 All the Velvets' albums are truly superb, but there is something special about their debut. It contains some of their best songs - Sunday Morning, Heroin, All Tomorrow's Parties, Femme Fatale et al (always wanted to say that!) Factor in the iconic Warhol banana cover, the literary, classical and experimental influences and you have an album that's simply years ahead of its time. The band were such an unlikely grouping, a truly disparate set of characters coming to make so much more than the sum of their parts.

It's becoming de rigueur for classic albums to be reissued in these deluxe box sets and this LP is an album that warrants such attention. To celebrate 45 years since its release Universal Music/Polydor are putting out a bumper 6 disc collection featuring the original studio album in stereo and mono, rehearsal tapes, acetates and live material, as well as Nico's Chelsea Girl LP. It also contains an 88-page booklet with photos and an essay by none other than Richie Unterberger. (Click here for an interview I did with Richie earlier this year)

NB. Any of my friends or family reading this may want to snap one of these up as my Christmas pressie. Just a thought.

Email ThisBlogThis!Share to TwitterShare to FacebookShare to Pinterest
Labels: Richie Unterberger, The Velvet Underground and Nico 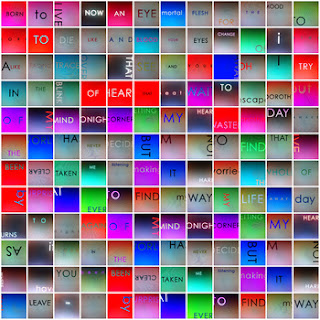 Despite the best efforts of Mumford And Sons it would appear that folk is no longer a four letter word. With acid-folk having become a widely recognised and much loved genre over the last few years. Original vinyl albums from the late 1960s and early 1970s by the likes of COMUS, Mr. Fox and Forest fetch large sums from collectors, while an increasing number of contemporary groups and artists look to the past for their sonic inspiration.

Though not quite acid-folk, Canterbury's Syd Arthur released one of 2012's better albums over the summer. On And On was released on the band's own Dawn Chorus label, picking up up praise from all the monthlies as well as the blogosphere. Their sound owes much to the Canterbury scene of the early 1970s, though there's more to them than just aping the past. Their music is a melting pot of folk, jazz, world music and progressive rock, put together in such an energetic way that somehow makes them very now. An what a great name they have, effortlessly evoking English psych with a deeper, olde England, that of Camelot and the round table.

If the album passed you by over the summer it's worth sticking it on your Christmas list, though if you can't wait that long the band are releasing a single from the album on November 12th. A stand out track from their album, Dorothy will be released digitally along with a live version. available from all the usual digital outlets and also the band's own Bandcamp page. The band will also be taking to the road in the UK throughout November should you want to catch them live.