Is This Music? - Teenage Fanclub Uncovered - A Spotify Playlist 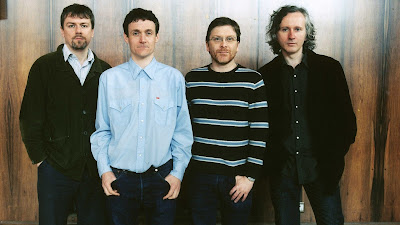 With a new album from Teenage Fanclub on the horizon I've been immersing myself in the surprising amount of records of theirs that I own. LPs, CD & 7" singles along with appearances on compilation LPs and magazine freebies. With this in mind I present you with a Spotify playlist of songs they've covered. Some are on LPs, some on B-sides, some on tribute albums, but all given the Fanclub makeover and all an insight into their likes and influences. There were also a couple of Neil Young tracks ('Burned' and 'Don't Cry No Tears'), but they aren't on Spotify so I couldn't tag them on. Anyways, I'll stop prattling. Long live the Fanclub! 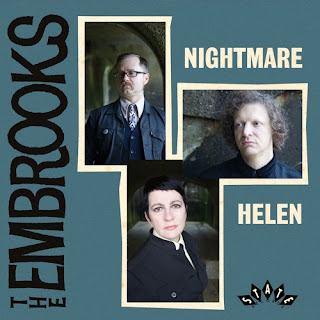 The Embrooks first recordings in over 10 years! Out now on State Records!

It may be over a decade since The Embrooks committed any music to ½-inch tape but this brand new 7” single shows they can still come up with the goods. They've kept their hand in during the intervening years with drummer Lois bashing the skins for garage-y pub-rockers Thee Jezebels, and bassist Mole playing for numerous acts as well as setting up State Records and Sandgate Studios, a facility that ranks alongside the legendary Toe Rag for capturing an authentically vintage sound.

Where The Embrooks are concerned this sound is all about that mid-'60s “pop goes weird” moment, crucially pre-concept album, when 7” singles ruled. It's beat-driven art-rock still with still enough “pop” in it to care about melody and hooks. 'Nightmare' is the darker side of this single with pilled-up guitar motifs and scattershot drums. It owes much to The Creation, The Who and The Yardbirds et al whereas the flip 'Helen' shows the band's lighter, poppier side, albeit with a guitar sound nasty enough for Dave Davies. A cracking record, get it while it's hot! 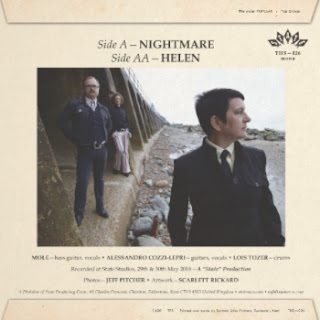 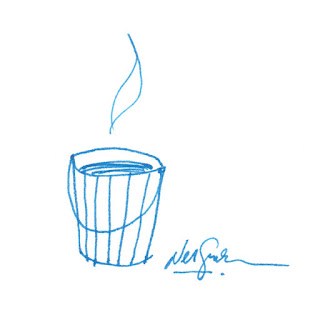 For a band that's been around since the '90s TLOEH still come up with the goods. This very limited release on Mega Dodo Records contains two tracks of top notch neo psychedelia and comes complete with a cover illustration that will have book and art lovers wetting their pants. Author Neil Gaiman (yes that one!) has kindly donated a drawing for the front cover of the single. So frame the sleeve on the walls by all means but do play the record!
'The End of the Lane' is inspired by Gaiman's book The Ocean at the End of the Lane. It fades in gently with guitar motifs and softly sung vocals. With tasteful use of echo it's a soothing balm that builds into a more manic segment underpinned by frantic drums and guitar shreds.
The flipside 'Blown to Kingdom Come' is taken from the band's recent long-player The Acceleration of Time. A Bowie-esque full band stomper and a nice contrast to the gentle side of the band displayed on the lead track. 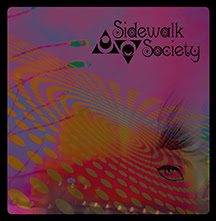 A true gem this one. Following on from the appearance on the recent Fruits de Mer freebie Bowie compilation, Sidewalk Society have recorded a couple less obvious tracks by the artist formerly known as David Jones. And well worth your pocket money they are too! A great tribute to a great man, and a reminder that there's plenty of Bowie tracks worth investigating pre-Hunky and Ziggy.
In keeping with the mod-nugget theme are a couple of tracks originally recorded by The Action. An art-school mod frenzy vibe for those who dig that kind of thing (hell, who doesn't?!) A platter that's sure to have you heading for the dance floor, but packed with a heft of latent psychedelia to keep the Heads satisfied too.

Released as a limited edition colour vinyl 7”. (OUT NOW!) 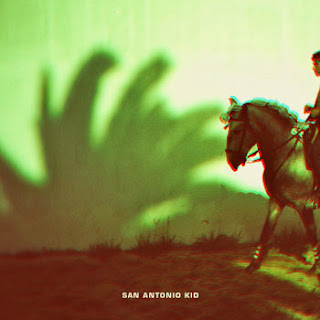 
With the horrendous battle for the White House currently raging, perhaps it's time to remind ourselves that the USA is not all bad. It has after all given us so much in cultural terms. And especially where music is concerned. The broad umbrella widely known as Americana has taken hold everywhere. In the Swabian town of Augsburg, Germany lives a quartet of urban cowboys who go by the collective name of San Antonio Kid, their name taken from a 1941 cult western movie.
Their self titled eight track album re-imagines Ennio Morricone's paeans to wide-open deserts but via a traditional guitar band set-up. Kind of like a surf band that's got sick of the ocean and re-located 500 miles inland. It's a gem of an album for anyone who loves a bit of Lee Hazelwood, Spindrift or Alt-country in general. On top of that it may contain the best whistling solo ever committed to tape (or Pro-Tools for that matter!) on 'Strangers', a track that would have made the Kill Bill soundtrack had they got round to recording it fifteen years ago.
Anyway it's not just me that digs 'em. Their brand of tumbleweed twang has garnered them recent tours with like-minded Brits The Hanging Stars. Check out this album and watch out for them bursting through a saloon door near you soon!