Siblings in Rock - A Video Playlist 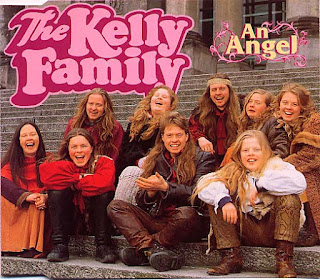 Here's a video playlist for y'all. This could have been so much longer but I kept nodding off while trawling through clips of The Corrs. Please add some suggestions for additions in the comments box, I may add them to the list. I'm gonna dedicate this to my brothers, you drive me up the wall sometimes but I love you to bits. Enjoy!

Email ThisBlogThis!Share to TwitterShare to FacebookShare to Pinterest
Labels: Chess Records, Hanson, Oasis, siblings, Sparks, The Beach Boys, The Breeders, The Carpenters, The Jackson 5, The Kinks, The Osmonds, The Proclaimers, The Webb Sisters 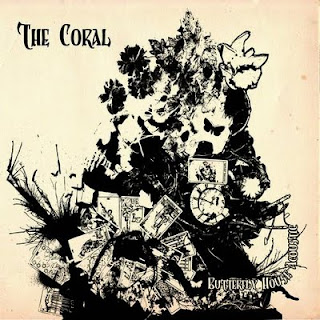 It would be easy to see this album as a cynical cash in, milking the goodwill towards last year's classic album for maximum financial return, while giving little in return.

Although missing the character and bite of the original versions, this is a master-class in melody and a better insight into James Skelly's vague yet meaningful lyrics.

The 12 songs from the original album (plus new instrumental “Dreamland”) are stripped of the Forever Changes style baroque folk flourishes, and re-worked with no percussion, and heavy on vocal harmony and 12-string jangle. Recorded in one session the album is not without its imperfections, but that's part of its demo-ish charm.
Not essential, but an absorbing stopgap from a band at the top of their game.

Email ThisBlogThis!Share to TwitterShare to FacebookShare to Pinterest
Labels: Butterfly House, The Coral

I happened to hear this track last night by Bill Callahan. It's featured on a CD that was given away with Mojo magazine a couple of years ago. The compilation is entitled New Harvest and features the hip and happening of American songwriters and bands. This track by Bill Callahan is taken from his album "Sometimes I Wish We Were An Eagle". It stopped me in my tracks somewhat. It just reminded me of something I'd heard long ago that was buried deep within my psyche. Took me a while to figure out what but I think I may have dug deep enough to find it.

NB. This post is not meant to be derogatory to either Bill Callahan or Fingerbobs but does make for an interesting juxtaposition I think.
at 22:37 No comments:

Take a look at your record or CD collection, or at the mp3's on your player. Chances are the vast majority of tunes are by white westerners, usually male to boot. Certainly the case for my own collection, I'm afraid to say. This CD compilation, released in 2009 goes some way to rectifying this embarrassing fact. 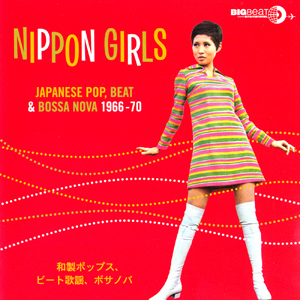 Like Britain, Japan is an island nation with a complex, sometimes suspicious interaction with the rest of the world. Just over a couple of centuries ago no foreigner was allowed to enter the country and all foreign trade was conducted via a man-made gated island at the port of Nagasaki. (For an insight into this era I recommend reading David Mitchell's excellent novel "The Thousand Autumns Of Jacob De Zoet").

Japan also has an amazing track record of hardiness and re-invention after suffering devastating horror and destruction, both natural and by mankind. Think of Nagasaki, Hiroshima, along with devastation caused by the recent tsunami. Japan may currently be suffering and greiving but the new Japan that emerges from this most recent disaster will certainly be a country worthy of our respect and admiration.

But I digress, we're here to talk about music, so what can you expect from this CD? 25 tracks of 60's kitsch, western influenced grooviness that would help Austin Powers get his mojo back. The clue is in the title really, the songs here have borrowed heavily from British and American pop from the same era, as well as taking cues from the French yé-yé scene. There's something extremely refreshing about not having a clue as to what's being sung about, and the range of emotion on offer is broad. From jaunty and disposable (Eiko Shuri - Yé-Yé), to sophisticated and longing (Mari Atsumi - Suki Yo Ai Shite). And it's emphasised by all the hallmark instrumentation of the time, fuzz guitars, sweeping strings, muted brass, Farfisa organs, and McCartney-esque bass counter-melodies.

It was released on the Ace Record label and was compiled by girl-group expert Sheila Burgel, who also wrote the fantastically imformed sleeve notes. It's worth checking out Sheila's wonderful website dedicated to all things girl pop. www.chachacharming.com

I recently treated myself to an Amazon Kindle.One of the more interesting and unique e-books I've read on it has to be this 60's memoir from Colin Betts. A bright but rebellious teenager, Betts' interest in the the burgeoning counter-culture is piqued by regularly seeing The Rolling Stones rip it up at his local night-spot. In true Beat style, (not Beatnik, there is a difference as explained in the book), Betts drops out of formal education and takes to the road, living hand to mouth with money earned from busking and the odd trick turned. 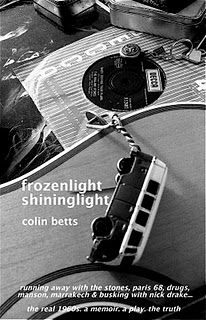 Shortly he manages to blag his way into a job as a roadie for The Stones on one of their early UK tours. There follows spells busking in the south of France with the then unknown Nick Drake, globetrotting exploits as a drug runner, and fascinating first hand descriptions of the scale and intensity of the Paris riots of May 1968.

The second part of the book (Shininglight) is a play based on the time Colin spent in Aix-en-Provence with Nick Drake.

The book comes with a recommendation from none other than Joe Boyd. If you've ever enjoyed reading Joe's own book White Bicycles - Making Music In The 1960's, or Howard Marks' Mr. Nice then this book is for you.

For more information about Colin Betts' Frozenlight/Shininglight go to www.colinbetts.com
at 22:39 No comments:

Being in an unsigned band is for the most part a plateau of mundane experience punctuated by occasional highs and lows. The highs may include the kudos of playing the odd festival in the summer or getting some late night national radio play. The lows are when it costs more to get the van through its MOT than the amount you originally paid for it. Or somebody leaves and you have to replace them, losing any amount of momentum the band may have had. The mundane part is lumping gear around, organising practices, booking gigs and burning cdr's which you can't even give away.

There seems to be a limited set of experiences that all band share, signed or unsigned. Ask any gigging musician and they're bound to have tales of dodgy promoters, late night trips up or down the A1, playing to the proverbial 2 men and a dog in sticky floored venues. And that's just the good stuff! 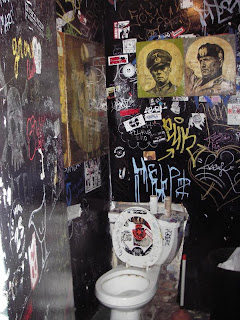 One of the more ridiculous band experiences is that of local band rivalry. The music scene in general is a small gene-pool, any local scene even more so. These bands are all scratting round for the same gigs, may have to support bands they think should be supporting them. The first reaction to any other band's good fortune is to think that that should have been us. etc etc etc. I'll bet good money that even someone as successful and popular as Paul McCartney still bristles with resentment towards some also-ran Merseybeat combo. Perhaps that's human nature, I dunno.

Anyway, the reason I mention this is that it gives me an excuse to show a clip from one of the greatest rock films ever - "Slade in Flame", where Noddy Holder, singer with The Undertakers gets locked in a coffin by their local rivals. The fashions may change but the song remains the same....