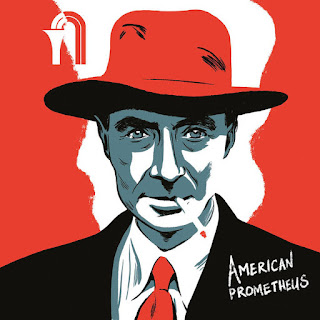 For the rest of the country Warrington's main claim to fame is rugby league. Musically however it tends to be overlooked by its bigger neighbours Liverpool and Manchester. As is often the case if you did a little deeper our smaller towns have much to offer culturally and Warrington is no exception. One group with roots in the woolyback heartlands is Extradition Order. Their latest album is being co-released by no less than five record labels. Those labels are Gare Du Nord, Blang, Jezus, Helen Llewellyn Product 19, and I Blame The Parents Records. That in itself is an interesting scenario – let's hope they split the costs and don't argue about who did or didn't order a starter.

Anyway back to the record. A concept album based on the life of physicist J Robert Oppenheimer, taking in US politics and the creation of the A-bomb. If that all sounds a little highbrow and decidedly “non sexy”, fear not. The band are adept at laying down tough and angular post rock grooves, laced with slashing guitars and punchy brass, with lyrics that bring the subject matter to life. While it's educational, fun is still firmly on the agenda. Imagine if the Manic Street Preachers had grown up listening to Television, B52s, The Pop Group, Gang of Four and PIL, as opposed to hair metal bands. That's the mix of history lesson and passionate musical shapes we have here. The band describe American Prometheus as “a Northern Soul album about the atomic bomb”. That may be a stretch but it's a good chat-up line. There's a lack of finger-snapping Motown-beats but that's more than compensated by the record's cliché free romp, ragged sonic landscapes, thought-provoking lyrics and passionately delivered vocals.

So what do we learn of Oppenheimer? If like me you wished you'd paid more attention to history lessons at school, you'll welcome the insights gained via American Prometheus. Oppenheimer was instrumental in the Manhattan Project, a research and development project which resulted in the world's first nuclear bombs, later to be dropped on Hiroshima. Oppenheimer was also nominated for a Nobel Prize three times but was never awarded one, most likely down to his later public opposition against the bomb. There was also his complicated love life and left-wing politics. These aspects of his life are also touched upon, making for an album that's as much about the man's complicated inner life as it is about his legacy.

American Prometheus is dedicated to founder member and bass player Nick Boardman who sadly passed away in 2018. He leaves behind some fine musical contributions on this uniquely informative and highly enjoyable album. 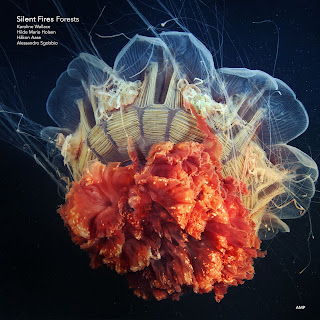 Norwegian/Italian quartet explore yearning and spirituality on their debut album.

In today's world there's much that makes one despair – climate change, the rise of racism, and the depressing state of politics in Britain and America in particular. For all that it is possible to hold onto some long-term optimism. One thing that gives me hope for the future is young creative people, their global outlook, desire for change, and their wealth of talent and ability to empathise.

Forests is manifestation of all of this. It's the debut album by Silent Fires, a quartet of talented musicians from the European improvised music scene. The album is a deep exploration of spirituality, quietly passionate and ripe with complicated emotions. Subtle piano chords, a hint of ancient folk melodies and pure-voiced vocals conjure up a soundscape that encourage the listener to delve into empathy and introspection.

The words of Maya Angelou, René Guénon, William Butler Yeats, and band leader Alessandro Sgobbio are set to music, as are extracts from the Bible and the Coptic Gospel of the Egyptians. These are given voice by vocalist Karoline Wallace. Her bell-like tones lending the words a heavenly reverence, sometimes singing, sometimes spoken and occasionally whispered. While the music has for the most part a calm, glacial stillness, it sometimes swells into small storms, spurred by subtle notes and pushes from all three musicians.

For their live appearances Silent Fires are joined by contemporary dancer Synne Garvik. The band held some release shows for Forests in Norway and France around the album's release, late last year. There are dates to follow later this month on Norway, Germany, Portugal, and Italy. More details below. 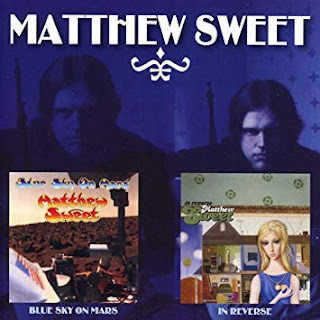 
Two albums of guitar-driven powerpop brought together as a double CD set. 1997's Blue Sky On Mars and 1999's In Reverse both have a sound and production that stands up well today. Sweet was one of the musicians in the '90s who studied Big Star, Brum-beat and Brit-invasion as core texts, making it his mission to re-present melody and melancholia to an audience raised on grunge. That said the contemporaneous influence of Nirvana pushes through on 'Where You Get Love' and 'Hollow'.

The use of synths gives Blue Sky On Mars a lightly futuristic edge and In Reverse is fleshed out with some nice touches – the trumpet peels on 'Millennium Blues' for one. Sweet's ability to write earworm tunes is in evidence throughout as is his sensitivity with the themes of fractured friendship and love's ever-elusive nature. The lack of filler and tracks to cash ratio here makes this a particularly sweet deal. 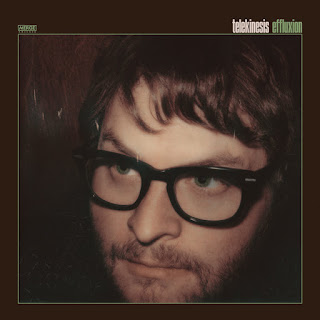 
An album title to increase your knowledge, (Latin for flow, in case you were wondering), Effluxion is the fifth full-length offering from Seattle-based musician Michael Benjamin Lerner, fresh from a stint as touring keyboard player with Teenage Fanclub. The album was self-produced over two years in the basement of his home, with Lerner taking on all instrumental duties. He's songwriter who knows how to knock out a decent hook-laden tune or ten. Be it the quiet/loud dynamics of 'Set A Course', the piano-led pop of 'How Do I Get Rid Of Sunlight?', or the playfully dancing bassline on 'Cut The Quick' the attention is focused on songcraft with properly pleasing choruses and twist-laden mid-eights throughout.

Containing only ten taut tracks Effluxion may be a short listen, but after spending 32 minutes in its company the world will seem a brighter, more hopeful place. As Teenage Fanclub would say – ain't that enough?

Monks Road Social - Down The Willows 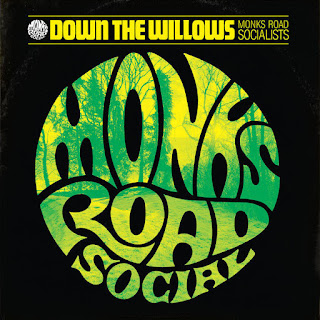 
This genre-shifting epic takes in downbeat soul, folk, jazz, dub and blues over its 18 tracks. It's the first full-length offering from this ever-evolving collective, is curated by chief Blow Monkey Dr. Robert, and shows a remarkable cohesion aided by Ben Trigg's string arrangements and a core band featuring Matt Deighton and Mick Talbot along with members of Galliano.

Its most sublime moments include 'Lost In Rasa' which echoes the troubled soul of Marvin Gaye's What's Going On, and 'Still Got A Lot To Learn' where guest vocalist Nev Cottee employs his baritone voice in a spot of self-reflection. Also of note is a lushly arranged re-recording of Dr. Robert's 1994 track 'The Coming Of Grace'. Added to this is the wealth of new vocal talent with Pat Dam Smyth standing out with 'So Long Soho', a Kinks-style homage to a disappearing London, along with Samantha Whates' dub-folk track 'Three Miles Left'. 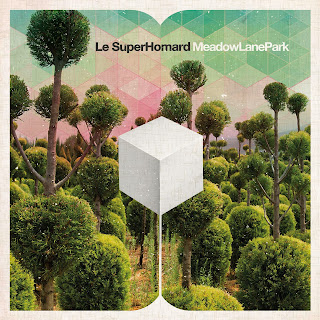 
There's a strain of cinematic French music that feeds head and heart, and is fixed on the central tenets of style and sophistication. You can join the dots from Jean Claude Vannier to Air through to its latest progenitors - Le SuperHomard, an Avignon-based quintet led by Christophe Vaillant.

MeadowLanePark is the group's first full-length LP following 2015's mini-album The Maple Key and recent release The Pomegranate EP. Recorded during closed hours in the music shop where Vaillant works, the results are a joy, ebbing through sunshine pop, breezy electro, and gently playful psychedelia. The group make good use of the instruments to hand with vintage synths, harpsichords and strings making up the sonic palette. The band's key influences (Stereolab, Saint Etienne, Broadcast) can be heard but their sense of self wins out. Whether it's the evocative instrumental 'In The Park' or the electronic textures of 'SDVB', MeadowLanePark is one of this years early gems.