Cyanna Mercury ☿ If We Were Blind

Good friends of ours Cyanna Mercury have released a video as a taster for the forthcoming debut LP. The as yet untitled album will be releases later this year but you can sample some of its delights thanks to the video they've made for 'If We Were Blind'. It's a psychedelic rock tune based on the traditional greek dance rhythm of zeimbekiko. Enjoy!

Email ThisBlogThis!Share to TwitterShare to FacebookShare to Pinterest
Labels: Cyanna Mercury, If We Were Blind, zeimbekiko

The Chemistry Set - The Endless More And More 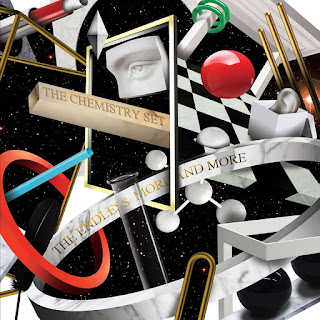 In the late '80s The Chemistry Set bravely flew the flag for 60's influenced psychedelia. It may have been against the grain of the prevailing trends, out of step maybe with what record labels and the wider public wanted but in music you just gotta follow your heart ain't it!

Fast forward to January 2016 and the reformed Chemistry Set have a brand new long-player for those who keep the faith. With the widened tastes and more open and accepting minds of the internet generation, the time is right for fans old and new to take this record to their hearts. A teasing taste of what you can expect was released last year on the 'Elapsed Moments EP', (also on Fruits De Mer Records). Time may have passed but talent lasts.

Time may have passed but thankfully talent lasts. From the opening fanfare of 'The Splendour Of The Universe' there's a sense of vigour, a renewed sense of purpose. This track in particular is a great calling card, combining a psychedelic mindset with the bombast, swagger and melody of mod-rock.

With all the sonic hallmarks of psych-pop intact (Mellotron strings, snatches of sampled dialogue, fairground organs, backward guitar solos etc.), fans of original '60s era psych can add The Chemistry Set to their approved list of contemporary bands. And Oasis fans will appreciate the cheeky nod to Shakermaker on 'Albert Hoffman' along with the way they house their brand of psych in such sugar-coated, whistle-able, sugar-coated pop tunes.

Limited to 600 copies on gold vinyl in a gatefold sleeve with a special fold-out periodic table poster. Also look out for the very special boxed version in the spring which comes with test-tube filled candy and a selection of experiments. Intriguing eh! You may not have received a chemistry set for Christmas so treat yourself to one of January's best albums instead.