The Leaf Library – The World Is A Bell 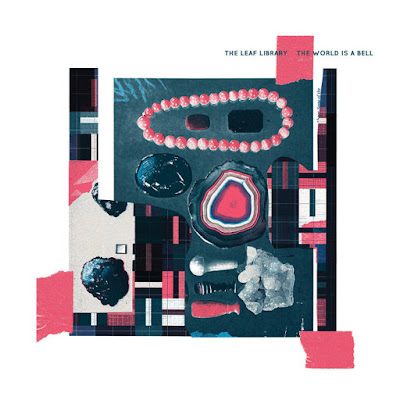 I want to let you know about this album I've been enjoying recently but first, an apology. There's been a fewer posts on the blog recently for a number of reasons – a combination of fatigue due to the shorter days, increased workload at the day job, family illnesses (thankfully nothing serious) and a preoccupation with our woeful political climate have all contributed to me not finding as much time to write as I would like. That, and the fact that I'm a lazy git at heart!

Anyhow it's helped me decide on a renewed commitment to writing as my New Year's Resolution (again). I'm not expecting to be nominated for the Booker prize or anything like that but hopefully there will be some music I can help shine a light on. The last couple of years have been wonderful for left-of-centre music, and I expect 2020 will not disappoint either. One of this year's recent releases is The World Is A Bell, the second full-length album by North London band, The Leaf Library. Led by main songwriter and lyricist Matt Ashton, with musical contributions not only from the band's own line-up but also from their extended circle of collaborators, they have connections to other HD favourite acts such as Alison Cotton, The Left Outsides and The Cold Spells which boded well before I even got round to listening.

Maybe it's a reflection of the complicated world we live in but for whatever reason independent music has shifted away from big choruses and singalongs that were prevalent through '90s Britpop and into the era when The Libertines and their imitators ruled the roost. The units may not be shifting so much now but musically things are much more nuanced, more unique, subtle and ultimately more satisfying. The music released by The Leaf Library being a good example. It centres on ambiance, features drones, unexpected instrumental combinations and layered vocal harmonies. Don't expect ear-worms but do expect a listening experience that will shape or enhance moods. It's a record of slowly permeating subtle charm.

Listening to album opener 'In Doors And Out Through Windows' instills in me that beautifully detached feeling I get when visiting an unfamiliar city and wandering through its centre while shops and markets are getting themselves ready for the working day. With a meditative instrumental bed of piano, hand-held percussion, brass and xylophone it sets the tone for what is to follow. Lyrical references to August moons and white chalk tie the track to seasons and landscape and are ambiguous enough for the listener to find in them a meaning for themselves.

'Hissing Waves' further propels you into this head-space, and once you settle in and are willing to be taken further on the journey that the band have created you'll find gentle electronic pulses, found sounds, beautiful string arrangements, synth drones and a shared musical mindset that centres on mood and texture. It's tempting to link The Leaf Library in with the kind of Hauntological records released by labels such as Clay Pipe and Ghost Box. The band name fits right in with that after all. But there's something more contemporary and forward looking going on here. It's not the past that being ruminated on, more so the eternal, and the open-ended possibilities of what could be. In a sense they've created the musical equivalent of early morning half-light.

The band cite the likes of Stereolab, Low, Bark Psychosis, Yo La Tengo, Seefeel, Julia Holter and Robert Kirby on their press release. Fans of those acts will find much to like here, as will those of Jane Weaver, Modern Nature, and anyone with a belief in Englishness as something intangible but deeper and kinder than its current small-minded nationalist form. Sorry to end this on a little bit of politics, just sometimes you need to get stuff off your chest. Suffice to say that this record is one of many this year that has helped maintain my faith in what our tiny island has to offer. Do yourself a favour - turn the telly and the phone off, put your headphones on and lose yourself in this album's calming melancholy.

Email ThisBlogThis!Share to TwitterShare to FacebookShare to Pinterest
Labels: Kate Gibson, London, Matt Ashton, The Leaf Library, The World Is A Bell, WIAIWYA

Boa Morte – Before There Was Air 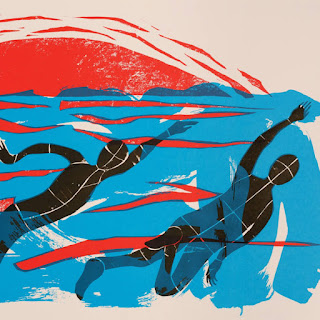 
There's much to admire about bands who are into making music for the long haul, neither swayed by fashions or bandwagons, and not into changing their vision in the hope of “making it”. It's especially admirable when those bands live and work in places at a distance from where the music industry is traditionally based. Boa Morte are one such band with a singular vision, one based on making quality music that stands the test of time, however long that might take. They formed in 1999 in the beautiful city Cork in the Republic of Ireland and have just released their third full length album Before There Was Air, following 2009's The Dial Waltz. OK, so three albums in 20 years is not the most impressive rate of productivity, but great music can't be subject to time and motion studies, we're talking art here, not factory-produced goods.

Before There Was Air is full of intimate, cliche-free folk, parsimonious but with an ambience and mood that when listened to in a solitary setting, imbues what I can only describe as an optimistic melancholy. Plaintive piano, softly plucked guitars and understated vocals are enhanced with unobtrusive synth drones, violin, viola, cello and even close-mic'ed floor creaks. You can literally hear the room and the atmosphere within. The lyrics have a poetic timeless beauty, referencing nature, landscape and bodies of water. It's welcome contrast to listen to a record that drenches itself in the eternal given how most of us are drained by by the constant noise of news and political debate. (OK, it could just be me that's drained but you take the point.)

As we head towards the year's shortest days and we search for the peace, stillness and contemplation that mid-winter brings I can think of no better elegant set of songs to accompany those moments of much-needed quiet reflection. Peace, goodwill, and happy listening to you all. x