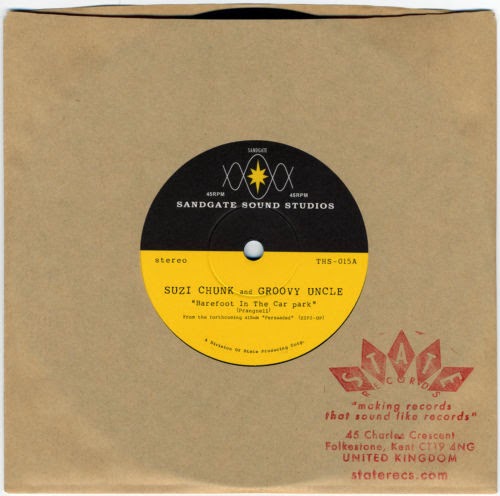 
This limited 7” single has a lot to live up to. Suzi Chunk's last long-player Girl From The Neck Down was a real artistic success and a personal favourite to boot. Fear not though, “Barefoot In The Car Park” stands up well against any track from the album. An uptempo soul-swinging beat with a surf-guitar coda it evokes an idealised version of neighbourhood. The swinging sixties sound they make still sounds fresh and spirited. It bodes well for forthcoming album Persuaded.

B-Side “Wet Weekend” is something of a Sunday morning comedown compared to the A-side's Saturday night party vibe. All minor-key, post White Album melancholia, its after-the-party feel is perfectly captured by descending chords and an exquisite melodica solo. It conjures up the feeling of walking home through early morning drizzle when things haven't quite worked out as you hoped and you can't see beyond the next working week. Sadness never sounded so good. 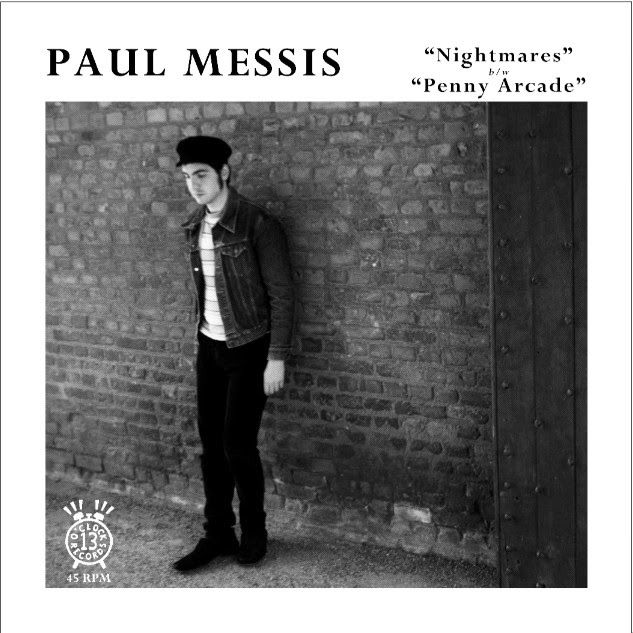 There's plenty of music made under the banner of garage, but most of it doesn't hold a candle to that made by Paul Messis. His last album Case Closed (click here for review) was one of the 2013's best underground releases with his knowledge of the genre's history shining through, the melodies matched by an integrity and unique worldview.

His current single Nightmares, (recently released by Texas based psych label 13 O'Clock Records) similarly does not disappoint. Lyrically it deals with the continuing mediocrity of modern life and is propelled by modal, psychedelic guitar breaks. Part Byrds, part Electric Prunes. Though the sound is firmly rooted in '60s obscurities it has a freshness many contemporary garage releases lack.

Flipside Penny Arcade has an altogether gentler feel, more folk-rock jangle than garage-psych snarl. With wistful sentiment, it's full of romantic longing and neatly offsets the A-side's angry bite. Unconcerned with prevailing trends and fashion, Messis' music stands out as a shining beacon, an example of how records could and should be made.

Out now and limited to 500 copies. Check out the links and video for Nightmares below. 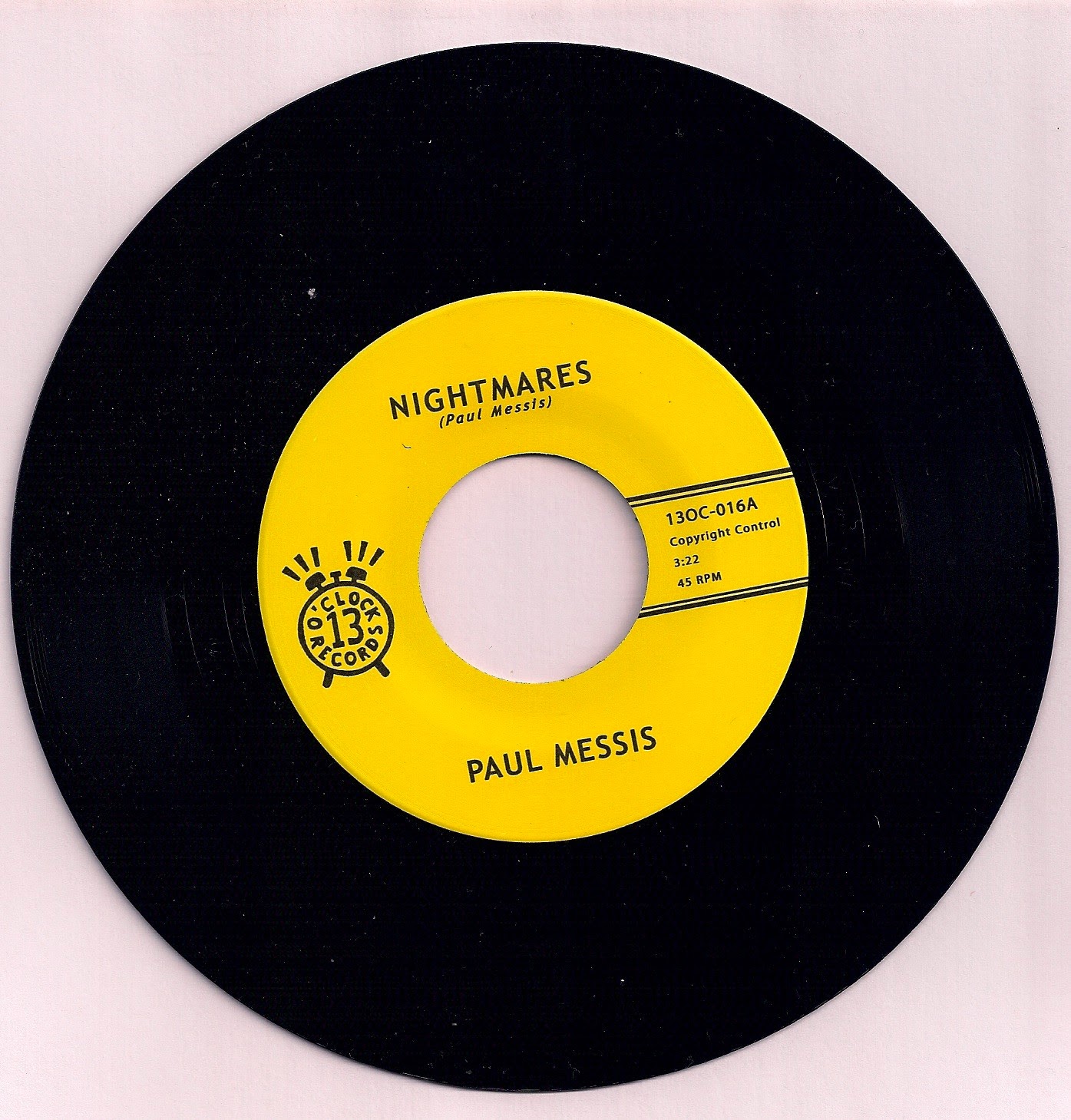 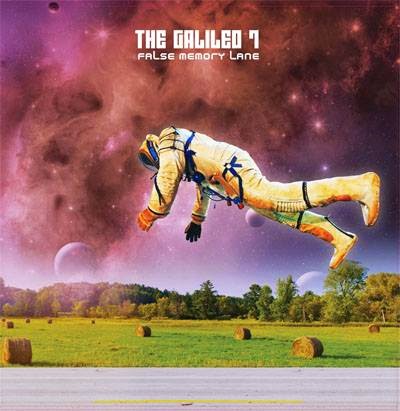 As bass player for The Prisoners, Allan Crockford's influence on British guitar music is assured. That the band never went on to mainstream success remains a mystery, but their legacy resonates still. And of course there are many ways to measure success, one being how much enthusiasm and desire one maintains to carry on making music. With this in mind you could say Allan Crockford and Prisoners' guitarist Graham Day are two of the most successful musicians around, though I doubt you'd recognize them on the street. And getting papped is probably not an issue for them. As Graham Day & The Forefathers they've just released a storming debut single (read about it here).

Crockford is a busy chap – along with bass-playing for the Forefathers, he's the main writer, vocalist and guitarist in his own band The Galileo 7, whose third long-player False Memory Lane has recently been released. Compared to The Forefathers material it's a record that's less about sonic attack, more about melody and harmony. It's altogether softer on the ear, subtler, though no less appealing. A satisfying blend of Medway mod, Britpop and home counties soft psychedelia, its key comparisons would be XTC, Martin Newell, and the much underrated Dodgy. With a catchy set of tunes, (driven by the sort of melodies Noel Gallagher would love to have written), plenty of bah-bah-bahs in the backing vocals, acoustic textures and vintage Mellotron upping the soft-psych quota, it's one of the summer's best under-the-radar releases.

It's worth noting the Medway towns are something of an anomaly, being out of step with the home counties general air of respectability and conformity. Rather than the Good Life's Margot and Jerry, its population is seemingly made up of vintage guitar wielding, retrogressive garage rockers intent on trying to recreate authentic '60s beat recordings. Sounds like heaven on earth doesn't it. Perhaps it's this desire to recreate that's behind the album's title. False Memory Lane would certainly be an apt street name for Rochester or Chatham. Town planners, you can have that one on Allan Crockford. The campaign starts here.