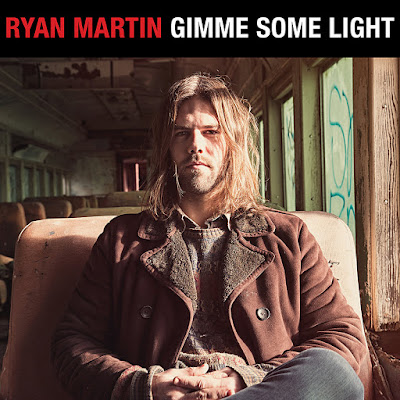 Regret, realisation and redemption. Tales from the crossroads of modern masculinity.

Ever since the early '70s, a time referred to by some as “the me decade”, there's always been an array of confessional singer-songwriters in the musical firmament. Call it the Dylan effect. Having ditched the political for the personal in the mid'60s our Bob-ness inspired a generation of (mostly male) musicians to wear hearts on sleeves and encouraging the baring of souls, with each subsequent generation adding a new wave to the genre. Some were bad, many good, and a select few were amazing. So here we are now in the time of #MeToo, a long-overdue watershed moment in gender politics. It's an interesting time for female musicians with lots of great music being made. By extension any male singer-songwriter secure in their own talent should be able to rise to the challenges that the current social and political climate presents.

Ryan Martin is the latest sensitive musician to come to the fore. A Californian currently residing in New York, I doubt Martin would claim to be a political writer, or overly concerned with gender politics for that matter but his latest and second LP Gimme Some Light does capture something of what it means to be a man in today's world. It's as open and honest an LP you're likely to hear all year, with a rare emotional complexity. Rather than the bold declarations, sureties and definite opinions we associated with the age of social media and political bombast, there's nuance, self-doubt and vulnerability. A sense of him saying “hey I may have messed up in the past, I can't promise to be perfect in the future, but I can try to be better.” It's refreshing to hear such honesty.

Martin's back-story is a colourful one involving a traumatic car accident, addiction, subsequent treatment and spells in jail. The dark times inform but don't define his music. Gimme Some Light is infused with the notion of turning things round, steering away from all that's destructive and finding a better place, a better way of being. And the tunes and arrangements are pretty good too! With a similar buffeted and bruised Americana to that of Neil Young and Ryan Adams, Martin's autobiographical songs paint a picture of a man at times down but not out.

'All The Good Men' fades in with a background of ambient white noise before piano and pedal steel lead the way into a song which sets the emotional tone and themes of the album. There's regret but it comes with tempered with realisation. 'Destitute Darlings' is an E-Street Band rocker worthy of The Boss himself, full of passionate street-level romance delivered with bar-band wall of sound. But there are many great songs here, a mix of sparsely arranged ballads and full on rockers, all melodically memorable and from the heart. Gimme Some Light is proof that the future need not be toxic after all.